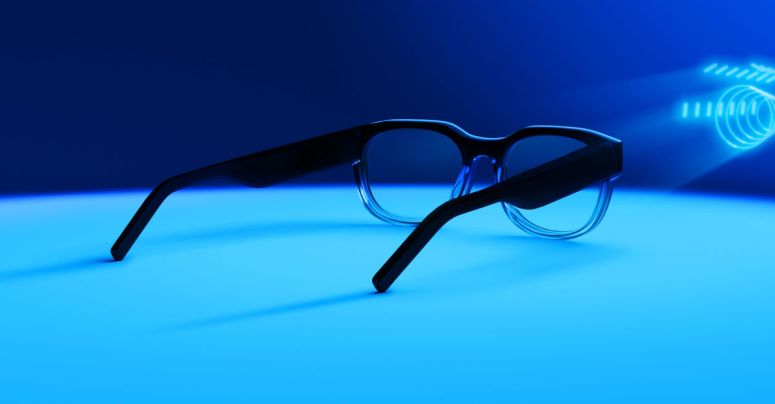 Google announced on Tuesday that it’s purchased a smart-glasses company called North and, notwithstanding its failure to bring Google Glass wearables to the masses, still plans to caress our vision with the vast tentacles of its helpfulness.

From the announcement, which was posted by Rick Osterloh, Senior Vice President, Devices & Services:

From 10 blue links on a PC, to Maps on your mobile phone, to Google Nest Hub sharing a recipe in the kitchen, Google has always strived to be helpful to people in their daily lives. We’re building towards a future where helpfulness is all around you, where all your devices just work together and technology fades into the background. We call this ambient computing.

A year prior, Google had ended its Explorer program and stopped selling Glass. But a few months after that, Google executive chairman Eric Schmidt said that the move wasn’t meant to imply that Google was sticking a fork in its internet-connected eyeglasses.

No, Schmidt said, Google Glass wasn’t dead. It was just being fine-tuned for the masses. Google then focused work on a Glass spinoff for the enterprise.

Details of the North purchase, including how much Google’s paying for the Canadian company, weren’t disclosed.

North was founded in 2012 and has focused on building various iterations of augmented reality (AR) glasses. The company said in an announcement on Tuesday that it will keep supporting its customers through to the end of the year.

That leaves 6 more months for customers to enjoy their Focals by North wearables, which connect with Alexa and which feature a tiny laser in the arm that projects images in front of users’ eyes.

Focals are prescription eyeglasses with a nearly-normal look. Similar to smart watches, they pair to wearers’ phones through Bluetooth in order to display notifications, provide directions, or call an Uber.

Focals are also equipped with a speaker and can chirp notifications at you. All of this means that you can mysteriously know what’s been said in a chat, without taking out your phone, since the messages have been beamed to your eyeballs.

But groovy features like that aren’t what skewered Google Glass. Rather, it was the fact that Google Glass could be used to take photos and videos.

That resulted in fear, loathing and a lot of headlines, and not the kind that PR people like to stick on the company’s website: more along the lines of a fight breaking out in a pub over somebody wearing Glass, multiple eateries telling Glass wearers to please take them off, and at least one of those restaurants getting vilified on Yelp by people who’d never stepped foot inside.

And yes, that contributed to the creation of the sobriquet “Glassholes” to describe those amongst the Glass Explorers whose manners were found wanting.

For its part, North had also planned to incorporate a camera into Focals 2.0. But now that it’s being acquired by Google, that second-generation pair of smart glasses won’t be forthcoming, North said in its acquisition announcement.

Time will tell if the Google version of Focals will be equipped with a camera that might reawaken privacy concerns. But it’s not like we don’t have other “ocular assistants” already: there’s Snapchat’s Spectacles, for example, and Facebook’s Oculus showed in September 2019 how it can blend live mapping with the physical world via digital imaging.

Rumor has it that Apple is also working on AR eyewear, while Samsung showed off the technology at the Consumer Electronics Show (CES) in January.

Is the world ready for smart glasses?

Are these companies going to be accepted by the masses who so enthusiastically rejected Glass?

Maybe. Maybe those companies don’t have to do anything all that much different than Google did with Glass. Maybe the time has come when people are going to be OK with the technology.

Here’s CCS Insight analyst Leo Gebbie, who’s tried North’s eyewear and suggested to the BBC that, unlike Glass, a Google/North version might come at a sweet spot in wearable computing history:

The original Google Glass became an infamous venture for the company. But arguably the product was simply ahead of its time.

Smart glasses could be a revolutionary item of technology. And many Google services, such as Maps, would dovetail perfectly with the right piece of hardware.

Readers, your thoughts? Are we over our dislike of Glass enough to hang Focals off our noses? Let us know below!