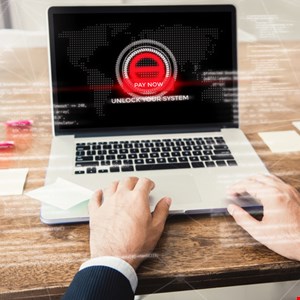 A suspected ransomware attack has caused the temporary closure of an Alabama county’s computer network.

Chilton County implemented a shutdown after being targeted by a suspected ransomware attack on the morning of July 7. County Commission Chairman Joseph Parnell announced the incident on the social media network Facebook.

“The incident has caused a temporary disruption to the County’s computer records systems including the tag office and probate court records,” wrote Parnell.

“Persons needing services provided by our various departments should check with the clerks in the particular department before coming to the courthouse to ensure that needed records are accessible.”

As a result of the attack, local records required by the courthouse in the performance of its regular services have been rendered unavailable.

In a phone interview with the Clanton Advertiser, Parnell said an investigation was underway to determine the severity of the cyber-incident. The county servers and computers in several departments have been closed in a bid to limit the spread of any malware infection that may have occurred.

“Our databases and computers are shut down while the cyber guys are trying to figure out if and what the extent was of the intrusion,” said Parnell.

The chairman said that until the severity of the attack had been diagnosed, the county was assuming the worst.

Parnell said: “It could be very minor, and it could be very serious, but we have to treat this like it is extremely serious until we know otherwise.”

A cyber-attack was suspected when the county’s computers started behaving in a way that was out of character. Parnell said that Chilton’s employees noticed “their computers were not functioning normally. They were sluggish, and some of their applications looked different.”

Employees reported the discrepancies to the local IT team, which then shut down the county’s internal network.

“We have a cyber-policy in place and have hired a firm of professional IT people out of New York that is going to come in and assess the system,” Parnell said.

The cyber-branch of the FBI and the Alabama Attorney General’s Office have been notified of the incident.