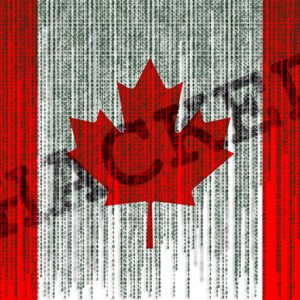 More than half of Canadians have fallen victim to a cybercrime, according to a new report by the Cybersecure Policy Exchange (CPX) at Ryerson University in Toronto.

In the report Advancing a Cybersecure Canada: Introducing the Cybersecure Policy Exchange, the CPX revealed that 57% of Canadians say that they have been a victim of a cybercrime.

This percentage is a significant increase from 2017, when, according to an Accenture survey, just 36% of Canadians reported being the target of a cybercrime attempt.

The findings came from a survey of 2000 Canadians conducted in mid-May 2020 that sought to understand the experiences, choices and priorities of the public toward their online safety.

Of the five types of cybercrime listed in the survey, the most commonly encountered was ransomware or an unintentionally installed or downloaded computer virus or piece of malware, with the former being experience by 8% of respondents and the latter by 31%.

Data breaches proved problematic for more than a quarter of those surveyed, with 28% reporting that their personal information had been exposed through a cybersecurity incident of this nature.

While the majority of those surveyed had not experienced a hack of an online account, 22% had fallen victim to this particular cybercrime. A malicious email or spoofed website had managed to deceive 13% of those surveyed.

CPX was launched earlier this year with a mission to “broaden and deepen the debate and discussion of cybersecurity and digital privacy policy in Canada, and to create and advance innovative policy responses, from idea generation to implementation.”

With the publication of the report, the initiative hopes to stimulate a national debate around cybersecurity and digital privacy.

“We need urgent national policies that protect our security and digital privacy, while ensuring equal access for all,” said one of the report authors, Charles Finlay.

CPX maintains that there is an urgent need to address the security and privacy risks and vulnerabilities facing Canadians online.

“To do so, our governments, our public and private institutions, and all Canadians, must demonstrate leadership, to ensure that we create and implement balanced public policy that will drive innovation while responsibly protecting Canadians,” stated the authors of the report.