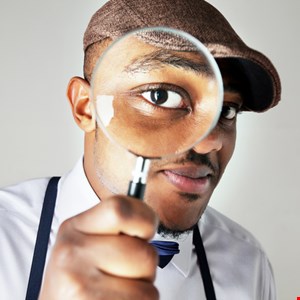 The CEO of a technology startup based in Virginia is facing federal charges for allegedly masterminding an investment scam whose victims lost millions of dollars.

Danny Boice was the founder and CEO of the now bankrupt privately held company Trustify Inc that was established in 2015. From its headquarters in Crystal City, the firm provided an online marketplace for private investigations.

The ill-fated business was named Startup of the Week by the Washington Business Journal in 2016, drawing comparison with Uber for providing quick access to hire-on-demand private dicks.

According to PInow, Trustify fell apart after direct deposits for investigators failed to clear and paper checks issued in lieu of the digital payments bounced.

An indictment unsealed in federal court on July 24 alleges that Boice fraudulently solicited investments in Trustify from 2015. The 41-year-old resident of Alexandria, Virginia, allegedly lied about how much money the business was making in order to secure funds from multiple investors.

The Department of Justice claims that via means that included overstating Trustify’s financial performance, Boice fraudulently raised approximately $18.5m from over 90 investors.

In total, Boice is accused of committing five counts of wire fraud, one count of securities fraud, and two counts of money laundering.

Boice is further accused of being dishonest with investors regarding what proportion of the investor funds he would personally receive. According to the Department of Justice, the CEO issued false statements to investors and diverted “a substantial amount of the investor money to his own benefit.”

Trustify shut down abruptly in late 2018. Four lawsuits were later brought against the company by PR firms, private investigators, and a real estate investment company who claimed they were not paid, and by investors who sued for malfeasance.

An investigation into the case is being carried out by the Federal Bureau of Investigation’s Washington Field Office. Individuals who believe that they may have fallen victim to Boice’s alleged investment scam are advised to contact the Victim Witness Services Unit of the U.S. Attorney’s Office for the Eastern District of Virginia.

Trustify’s co-founder and Boice’s ex-wife Jennifer Mellon is not named in the indictment.