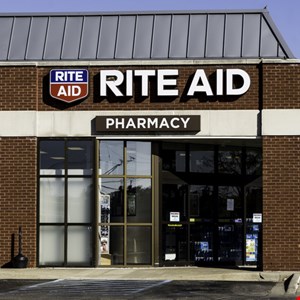 Rite Aid‘s quiet use of facial recognition technology in its stores has ended after nearly a decade.

Since 2012, the American drugstore had gradually implemented the technology in 200 stores around the country, according to an investigation by Reuters.

Analysis of where the technology had been deployed indicated that Rite Aid had primarily installed it in lower-income neighborhoods.

The pharmacy said that the geographical distribution of the technology was informed by local and national crime statistics together with each site’s infrastructure and specific history of thefts.

Rite Aid said the technology was installed as part of an effort to deter thieves and protect staff from violent crime. Under the system, the faces of people entering a store were matched to those of individuals Rite Aid had previously observed engaging in criminal or potentially criminal activity.

In the event of a match’s being made, an alert was sent to the smartphones of the store’s security personnel. Customers could then be asked to leave if the security found, after reviewing the match, that it was accurate.

“This decision was in part based on a larger industry conversation,” Rite Aid told Reuters in a statement, adding that “other large technology companies seem to be scaling back or rethinking their efforts around facial recognition given increasing uncertainty around the technology’s utility.”

In a statement issued in February, Rite Aid told Reuters that customers had been alerted to the use of the technology through in-store signage and via a privacy policy posted in 2020 on the company’s website.

During one or more visits from October 2019 to July 2020, Reuters’ investigators found facial recognition cameras at 33 of the 75 Rite Aid stores they visited in Manhattan and central Los Angeles.

“Reporters found no notice of the surveillance in more than a third of the stores they visited with the facial recognition cameras,” stated Reuters.