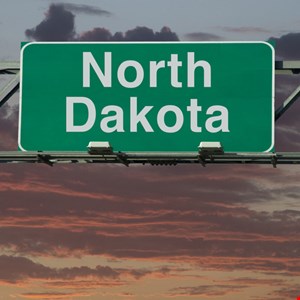 North Dakota has suffered fewer data breaches than any other American state over the past 15 years.

Analysis of data breaches that have occurred in the United States since 2005 revealed California to be the state hit by the highest number of breaches. The Sunshine State was also found to have exposed the largest number of records, with 5.6 billion records compromised in 1,777 breaches.

At the lowest end of the results table, the Peace Garden State suffered just 19 data breaches over the same period, exposing a total of 440,698 records.

The analysis was carried out by tech research company Comparitech and published today. In total, researchers found that since 2005, 12,098 data breaches have occurred across the US involving more than 11.1 billion records.

2017 was the worst year for breaches, with 1,683 taking place during this 12-month period. However, more records were compromised in 2016, when a total of 4.6 billion records were exposed.

While Oregon had a relatively low number of data breaches at just 182, the Beaver State was found to have exposed the second-highest number of records. Analysts said that the vast majority of the 1.37 billion records leaked came from one source, River City Media.

“The company’s breach in 2017 exposed 1.34 billion email accounts, representing one of the largest data breaches of all time. River City Media collected information on millions of individuals without their consent as part of its spam operation, and then failed to protect that data,” wrote the analysts.

Driving up the total number of exposed records in Maryland was the 2018 Marriott International breach that accounted for 383 million of the 388 million records exposed in the state over the last decade.

California had over twice as many breaches as New York, the nearest runner up with 863 breaches experienced. The Empire State was closely followed by Texas, where 819 breaches have occurred since 2005.

Other states where breaches were found to have been relatively rare were South Dakota, Wyoming, and West Virginia, where 21, 22, and 30 breaches have taken place respectively.