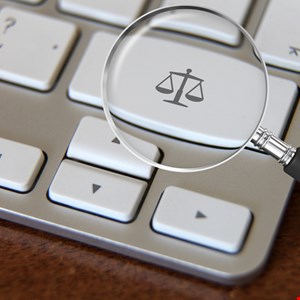 A judicial candidate in Louisiana has been charged with hacking into state computers and sharing confidential court documents with a friend.

According to a statement released by Caddo Parish sheriff Steve Prator, Chu copied sensitive court documents from the Louisiana 2nd Circuit Court of Appeals onto a USB flash drive.

Chu allegedly sent three confidential documents relating to a judgement made against her friend Hanh Williams from the drive to her own personal email account in July 2018. These documents were then forwarded directly to Williams.

At the time of the alleged crimes, three judges were considering Williams’ appeal from a district court’s ruling against her.

“The documents concerned a case under consideration by the 2nd Circuit involving a judgement against her close friend Hanh Williams for over $460,000,” said Prator.

In his will, Williams’ client, Fred Houston, had named her as his executor. Williams’ administration of the Fred L. Houston Inter Vivos Trust was then challenged by the will’s chief beneficiary, Louisiana State University’s veterinary school.

“The jury charged Ms. Williams with $1.1 million in damages for breach of duty to the Trust and determined she was liable to the Estate for $460,605,” according to the 2nd Circuit opinion handed down August 15, 2018.

Forty-six-year-old Chu was arrested on Tuesday by members of the CPSO Warrants Unit on two felony charges—offense against intellectual property and trespass against state computers. She was released the same day after paying bonds of $10,000 issued for each count.

According to online records for Louisiana’s secretary of state, Chu is currently challenging 2nd Circuit Court of Appeal Judge Jeanette Garrett in an election scheduled to take place on November 3.

On election campaign website chuforjudge.com, Chu is touted as a “hardworking” person who stands for “fairness, equality and justice for all.” Chu had pledged to donate 75% of her judicial salary to four Louisiana nonprofit groups if elected.