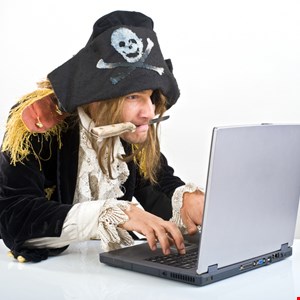 Illegal TV subscription services in the United States have grown into a billion-dollar industry, according to new research jointly released yesterday by Digital Citizens Alliance and NAGRA.

The investigative report Money for Nothing reveals the existence of a sophisticated piracy ecosystem made up of thousands of retailers and wholesalers. This nefarious network steals from creators and circumvents legitimate TV operators to provide illegal subscription services to millions of US households.

According to the report, the most virulent and fastest-growing illegal streaming enterprise is the pirate subscription Internet Protocol Television (PS IPTV) Service. This type of service typically costs just $10 to $15 a month and mimics the practices of legitimate streaming services.

The report found that an estimated 9 million fixed broadband subscribers in the US use a pirate subscription IPTV service. However, the ecosystem relies on legitimate businesses, including hosting services, payment processors, and social media, to market their stolen content.

Selling illegal subscriptions is highly lucrative since the providers pay nothing for the programming that makes up their core products. Researchers estimated that providers operate with estimated profit margins that range from 56% for retailers to 85% for wholesalers.

On the surface, consumers of illegal subscription services might think they are getting a great deal. But the report found that pirates generate revenue by partnering with hackers to install malware within free apps that expose consumers to risk of theft of their personal and financial data, cryptocurrency mining, adware, ransomware, and botnets using computers to perform distributed denial-of-service (DoS) attacks.

“When it comes to piracy, the scope of the risk to consumers, small businesses and others is in direct proportion to the size of the industry, which is why we need to stop the reach and depth of this ecosystem before it grows even bigger,” said Digital Citizens Alliance executive director Tom Galvin.