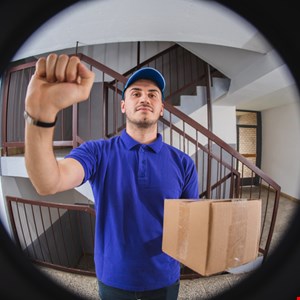 A Hawaii man has admitted sending over 500 unwanted visitors to the home of a Utah family in a case police have described as “stalking on steroids.”

Loren M. Okamura was arrested in December 2019 on charges of cyber-stalking, making interstate threats, and transporting a person over state lines for the purpose of prostitution. The 44-year-old entered a guilty plea in US District Court on July 27.

Okamura admitted sending a string of unwanted service providers to the North Salt Lake home of Walt Gilmore and his family. Unwanted visitors turned away by the Gilmores as a result of Okamura’s actions included plumbers, locksmiths, food delivery workers, electricians, and sex workers.

When arranging the unwanted services, Okamura used apps to obscure his identity and phone location data.

The family’s stalking experience began in August 2018 when a tow-truck company employee turned up on their doorstep with false instructions to remove a car from the Gilmore’s driveway.

For the next seven months, the family turned away up to 20 people a day who had been sent to their house by Okamura under false pretenses.

The arrival of misled service providers at the Gilmore family home became so frequent that the family resorted to erecting a sign in their front yard warning of the hoax.

Gilmore said that the family was plagued by unwanted visitors at all hours of the day and night.

Local police parked a patrol car in the family’s driveway to deter people scammed by Okamura from knocking on the front door. Police estimate that the companies Okamura scammed have lost over $20k in staff hours and uncollected service fees.

Walt Gilmore said that his adult daughter had known Okamura at one point but no longer had any contact with the cyber-stalker.

Okamura’s sentencing is scheduled for October 5.