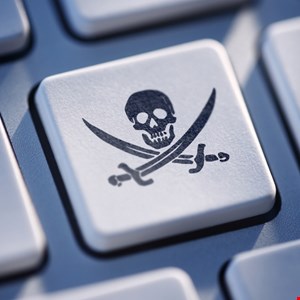 A joint effort by agencies in the United States and Europe has brought down an online piracy group that cost film production studios tens of millions of dollars in lost revenue.

Court documents allege that since 2011, the three men have been involved in an international piracy operation called Sparks Group that illegally used the internet to distribute hundreds of movies and television shows via streaming sites, torrent networks, peer-to-peer networks, and other servers accessible to the public.

Sparks Group fraudulently obtained copyrighted DVDs and Blu-Ray discs in advance of their retail release date by lying to wholesale distributors. The group then used computers with specialized software to crack the hardware and reproduce and encode the content in a format that could be easily copied and shared online.

The operation to dismantle the piracy operation was a coordinated effort by law enforcement authorities in nearly 20 countries and supported by Eurojust and Europol. Yesterday, dozens of servers used by the group to store and disseminate copyrighted content to members around the globe were taken offline around the world, including in North America, Europe, and Asia.

United Kingdom resident Bridi was arrested in Cyprus on Sunday on an INTERPOL Red Notice based on US criminal charges. The US Department of Justice said that it will seek Bridi’s extradition to the United States to stand trial.

If convicted for copyright infringement conspiracy, Correa and Ahmad could be sentenced to up to five years in prison. Bridi, if found guilty of all the offenses with which he is charged, could spend up to 30 years behind bars.

USPIS inspector-in-charge Philip Bartlett said: “The movies and TV shows allegedly stolen by these defendants not only represent a body of work ripped off from those who spent years developing their craft and working their way to stardom, but deprives the studios and actors of the fruits of their labor.”