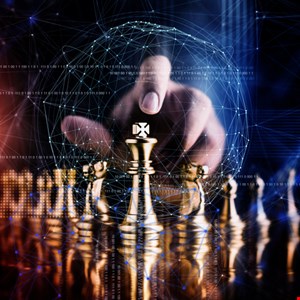 The final game in yesterday’s online Chess Olympiad was declared a draw after a widespread internet outage interrupted play.

An issue at internet service provider CenturyLink has been blamed for global connectivity problems that disrupted the tournament and caused issues for Cloudflare, Hulu, Reddit, EA, Steam, the PlayStation Network, Xbox Live, Feedly, Discord, and dozens of other services on Sunday morning.

Competing chess teams from India and Russia had been battling it out for victory after a 3–3 tie in the first round when the outage struck. Two of the Indian players, Nihal Sarin and Divya Deshmukh, lost connection toward the end of the game, subsequently losing on time.

A spokesperson for the Olympiad said: “It is very unfortunate that technical difficulties got in the way of the final. Until that moment, the match between India and Russia had been one of the most thrilling and balanced seen at the 2020 Online Chess Olympiad.”

The Russians were initially declared the winner of the competition, but the Indian team lodged an appeal.

“The Appeals Committee examined all the evidence provided by Chess.com, as well as information gathered from other sources about the Cloudflare crash that caused the outage. After being informed of their considerations and in absence of a unanimous verdict, the FIDE President made the decision to award Gold Medals to both teams,” said the spokesperson.

The shared victory represents India’s first ever win in a Chess Olympiad and Russia’s first victory since 2002.

The historic tournament, which nowadays is battled out every two years, has been running 1927.

In a message shared on Twitter on Sunday morning, Cloudflare said it was “aware of network related issues caused by a third-party transit provider incident” and was “working to mitigate the problem.”

“Today we saw a widespread Internet outage online that impacted multiple providers,” said John Graham-Cumming, Cloudflare CTO. “Cloudflare’s automated systems detected the problem and routed around them, but the extent of the problem required manual intervention as well.”

CenturyLink confirmed to CNN that an IP outage impacting content delivery networks (CDNs) had occurred on Sunday morning. The company said that all services had been restored by 11:12 am ET.