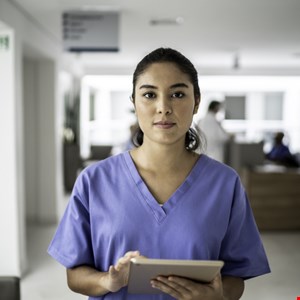 The cybercrime gang Netwalker claims to have exfiltrated data from the College of the Nurses of Ontario in a ransomware attack.

A screenshot of data allegedly swiped from the college was posted on Netwalker’s website, where the college’s name has been added to a growing list of the gang’s victims.

In a sparsely detailed statement issued yesterday, the college acknowledged that it had been impacted by a cybersecurity incident but didn’t specify what had occurred.

The statement read: “The College of the Nurses of Ontario (CNO) is in the process of resuming normal operations following a cyber security incident. Upon discovery of the incident on September 8, CNO took immediate steps to contain the incident and engaged a leading cyber-security firm that is assisting with remediation and conducting a comprehensive forensic investigation.”

As a result of the incident, a number of services offered by CNO are temporarily unavailable, including the public register Find a Nurse, the nurse renewal portal Maintain Your Membership, and the portal for applicants.

CNO said that investigators are still trying to find out whether any personal information was compromised as a result of the incident.

As the governing body for nurses in Ontario, the CNO could have personal information on all the state’s 121,488 registered nurses, 59,967 registered practical nurses, and 3,864 nurse practitioners.

CNO data that Netwalker claims to have stolen apparently pertains to the college’s human resources department.

“I’m outraged that I didn’t know as a member of the college that this had happened,” said McKenna.

Michael Hurley, the regional vice president for the Canadian Union of Public Employees, said nurses could be placed in physical danger if their address data was stolen.

“I’m concerned about who will have access to private information about these nurses, some of whom have restraining orders against their partners, or have partners who have expressed an intent to be violent,” said Hurley.

In July, the FBI issued a flash alert warning that Netwalker ransomware attacks were on the rise, targeting US and foreign health agencies, education entities, private companies, and governments.