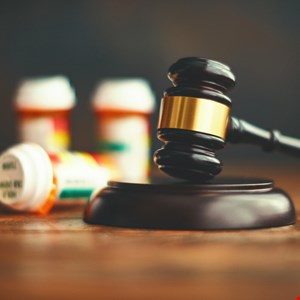 A global sting operation targeting drug trafficking on the darknet has led to 179 arrests and the seizure of weapons, drugs, and millions of dollars in cash and virtual currencies.

Operation DisrupTor was conducted across the United States and Europe and was a collaborative effort between the law enforcement and judicial authorities of Austria, Cyprus, Germany, the Netherlands, Sweden, Australia, Canada, the United Kingdom, and the United States.

According to a statement released today by Europol, the 179 individuals arrested as part of the operation were vendors who had allegedly engaged in tens of thousands of sales of illicit goods.

Hinting at more arrests to come, Europol said: “A number of investigations are still ongoing to identify the individuals behind dark web accounts.”

The head of Europol’s European Cybercrime Centre (EC3), Edvardas Šileris, said: “Today’s announcement sends a strong message to criminals selling or buying illicit goods on the dark web: the hidden internet is no longer hidden, and your anonymous activity is not anonymous.”

Operation DisrupTor builds on the success of last year’s Operation SaboTor and the coordinated law enforcement takedown of the Wall Street Market, one of the largest illegal online markets on the dark web.

As a result of operation DisrupTor, federal prosecutions are being conducted in more than 20 federal districts.

Russian “government hackers” charged with cybercrimes by the US
Child abductors may use social media to lure victims, FBI warns
Naked Security Live – Ping of Death: are you at risk?
Creepy covert camera “feature” found in popular smartwatch for kids
US Department of Justice reignites the Battle to Break Encryption