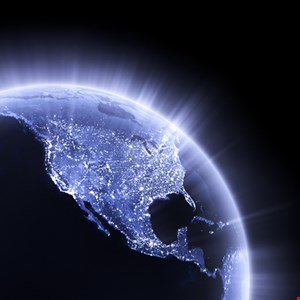 The Pentagon is to significantly increase the size of the United States Space Force’s cybersecurity team.

Plans to add over a thousand new personnel were revealed by the force’s chief technology and innovation officer, US Space Force Major General Kimberly Crider.

Speaking at the CyberSatGov virtual event held yesterday, Crider said that 130 cybersecurity officers would be transferred into the Space Force along with 1,000 enlisted personnel, who would be assigned cybersecurity work in the fiscal year 2021.

The staff who are to be transferred have been supporting the Space Force from their positions within the US Air Force. Once the transfer has been complete, the staff’s main focus will be on the Space Force’s defensive operations.

Crider said that part of the Space Force’s cyber future response would include technologies like GPS anti-jamming solutions and Protected Anti-Jam Tactical Satcom (PATS). The force is also introducing military procurement events and programs that will allow its personnel to acquire state-of-the-art capabilities from non-traditional vendors.

One such event is Space Force Pitch Day, which is currently scheduled to take place in Los Angeles in the spring of 2021, hosted by the Space Force’s Space and Missile Systems Center (SMC).

Crider praised the commercial defense industry for its work building security into military systems and networks and said that the Space Force may collaborate with the industry in the future.

“The advancement of DevSecOps as a critical methodology for how we develop software, and how we integrate software testing as a continuous process throughout development of code as it’s deployed into production, is another key and important feature to how we can protect the capabilities that could be subject to cyberspace attacks,” Crider said. “Our industry partners, as key members of our software development teams and providers of critical software capabilities, embrace DevSecOps methods, and we very much rely upon that as another realm of protecting ourselves from malicious attacks.”

Crider said that diversity will be vital to the force’s future cyber-defense.

“Space systems will become the next front of the cyber conflict,” she said. “Diversity is key to our resiliency. If one space system is jammed, we need to have other systems that we can fall back on.”