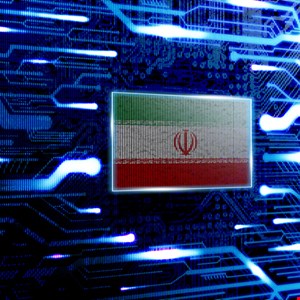 Iran has reported falling victim to two large-scale cyber-attacks, one of which was leveled at the country’s government institutions.

The Iranian government’s Information Technology Organization on Thursday reported that two institutions had been compromised by attackers. No party has claimed responsibility for the attack, and Iranian government officials have not stated whether the attack was domestic or foreign.

The target of earlier attacks carried out on Monday and Tuesday has not yet been named.

According to The Jerusalem Post, the Iranian government made an announcement concerning the attacks after news of the incidents began spreading on social media.

An Iranian news agency reported on Friday that the cyber-attacks had impacted the electronic infrastructure of the country’s ports. According to US-funded Radio Farda, unconfirmed reports in Iranian media named the country’s banking system and Ports and Maritime Organization as among the targets.

Quasi-official news agency Tasnim reported a spokesperson for the country’s Ports and Maritime Organization as stating: “Sworn enemies have been trying for some time to carry out cyberattacks.”

The statement went on to say that action had been taken to block further attacks and prevent any disruption of the “organization’s missions.”

Abolghasem Sadeghi, from the government’s Information Technology Organization, commented on the attacks on state TV on Thursday. Sadeghi said that the incidents had prompted several government bodies to temporarily shut down internet services as a precautionary measure.

He described the attacks as “important and on a large scale,” and said that an investigation into them had been launched.

Iran reported three cyber-attacks within a week in December last year, one of which the country said was sponsored by a foreign state. The country’s telecommunications minister said at the time that a cybersecurity project known as the “Dejfa fortress” had repelled a cyber-onslaught involving the “well-known APT27” threat group that has been linked to Chinese-speaking hackers.

Senator Questions US Healthcare Giant Over Cyber-Attack
DDoS Attacks Disrupt Massachusetts Schools
S3 Ep2: Creepy smartwatches, botnets and Pings of Death – Podcast
5 things you can do to secure your home office without hiring an expert
US Department of Justice reignites the Battle to Break Encryption