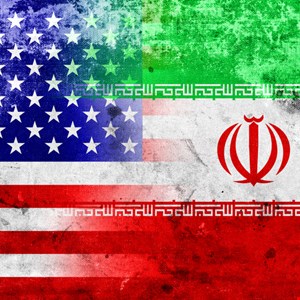 The United States has seized additional domain names it claims were being used by Iran’s Islamic Revolutionary Guard Corps (IRGC) to spread disinformation around the world.

On October 27, the Department of Justice announced the seizure of 92 domains that were allegedly being used unlawfully by the IRGC. This latest seizure, announced yesterday, brings the total number of IRGC websites confiscated by the US to 119.

“As long as Iran’s leaders are trying to destabilize the world through the state-sponsorship of terrorism and the taking of hostages, we will continue to enforce US sanctions and take other legal steps to counter them.”

The DOJ said that all 27 domains seized in the latest action by America were being used in violation of US sanctions targeting both the government of Iran and the IRGC.

Four of the domains—“rpfront.com,” “ahtribune.com,” “awdnews.com,” and “criticalstudies.org,”—appeared outwardly to be genuine news outlets but were actually controlled by the IRGC. By targeting Americans with propaganda to covertly influence United States policy and public opinion, the domains violated the Foreign Agents Registration Act (FARA).

The remaining 23 domains targeted audiences in other parts of the world with pro-Iranian propaganda.

A seizure warrant, issued on November 3, detailed how the control of the domains by the IRGC violated the International Emergency and Economic Powers Act (IEEPA) and the Iranian Transactions and Sanctions Regulations (ITSR), which prohibit US persons from providing services to the government of Iran without a license.

The warrant also stated that the US had found that the IRGC had provided material support to terrorist groups including Hizballah, Hamas, and the Taliban.

“Today, we seized 27 additional domains that Iran’s IRGC was illegally using in an attempt to manipulate public opinion in other countries, including the United States,” said FBI special agent in charge Craig Fair in a statement issued yesterday.

“Thanks to our ongoing collaboration with Google, Facebook, and Twitter, the FBI was able to disrupt this Iranian propaganda campaign and we will continue to pursue any attempts by foreign actors to spread disinformation in our country.”

The worst passwords of 2020: Is it time to change yours?
Why Replace Traditional Web Application Firewall (WAF) With New Age WAF?
S3 Ep8: A conversation with Katie Moussouris [Podcast]
How to do cybersecurity – join us online for the Sophos Evolve event
tokenization