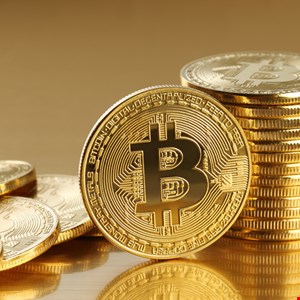 The United States has seized more than $1bn in cryptocurrency believed to be proceeds from a defunct online marketplace that was notorious for selling unlawful goods and services.

On November 5, the Department of Justice filed a civil complaint to seek the forfeiture of thousands of Bitcoins seized by law enforcement on November 3, 2020, from an account associated with Silk Road. The seizure represents the largest confiscation of cryptocurrency in the department’s history.

Silk Road was established in 2011 and shut down by the FBI after two years of operation. The site’s creator, Ross Ulbricht, was convicted in 2015 by a New York federal jury of seven criminal counts, including conspiracy to distribute narcotics and money laundering, and is currently serving a custodial sentence.

According to the complaint, Silk Road was used by thousands of drug dealers and other unlawful vendors to distribute hundreds of kilograms of illegal drugs as well as other illegal goods and services to over 100,000 buyers, and to launder hundreds of millions of dollars derived from these unlawful transactions.

Silk Road had thousands of listings for illegal services, including computer hacking and murder for hire, along with 13,000 listings for controlled substances at the time the site was taken down.

The complaint alleges that these listings generated sales revenue totaling over 9.5 million Bitcoins and commissions from these sales totaling over 600,000 Bitcoins.

It further alleges that Silk Road used a “tumbler” to process Bitcoin transactions in such a way that individual transactions could not be tracked through the cryptocurrency blockchain.

Funds identified by the IRS CI in 2020 to be linked to Silk Road accounts were traced to a particular Bitcoin address connected to Individual X, according to the complaint. It was further determined that Individual X had hacked the funds from Silk Road.

The movement of the substantial sum of Bitcoin from a wallet associated with Silk Road on November 3 was spotted by the eagle-eyed blockchain forensics team at CipherTrace.

The team theorized that the transfer could have been motivated by the wallet owner’s desire to prevent hackers breaking in and stealing the funds.