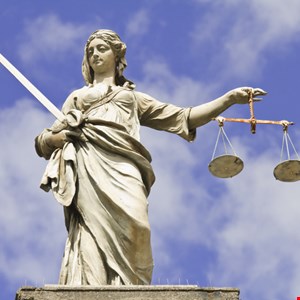 A former contractor with the United States Department of Justice has admitted her role in exposing the identities of cooperating witnesses in a federal drug-trafficking investigation.

Danielle Taff was employed as a contractor paralegal at the US Attorney’s Office for the Southern District of Iowa from approximately June 2017 to June 2018.

The 37-year-old resident of Ankeny, Iowa, was hired to work exclusively on matters related to civil forfeiture. However, she admitted using her DOJ computer to access criminal files stored on the district’s shared electronic data storage drive.

Among the files unlawfully accessed by Taff were reports of law enforcement interviews with at least two individuals who cooperated with the district in a drug-trafficking investigation.

Taff confessed to taking approximately 30 photographs of sensitive, non-public documents relating to that investigation with her cell phone on May 16, 2018, and sharing the images with a friend.

The friend, referred to in court documents as Person A, subsequently sent the photographs to several different individuals via the social media app Facebook.

“As a result, in October 2018, other individuals posted those photographs to a Facebook group dedicated to outing ‘snitches,’ or law enforcement cooperators, in the Des Moines, Iowa region,” said the DOJ in a statement released on November 6.

“Among other sensitive information, the photographs taken by Taff and subsequently posted on Facebook identified at least two cooperators in the drug-trafficking investigation by name and other personal identifiers.”

According to the Daily Beast, Taff passed the sensitive documents on to a friend during a coffee date. The documents, which contained the informants’ names, addresses, and phone numbers, then ended up on a “stop snitching” Facebook page with nearly 10,000 members.

Taff admitted unlawfully using her government computer to access government records and providing sensitive, non-public information to another individual. On November 6, Taff pleaded guilty to one count of fraud and related activity in connection with computers before US District Judge Stephanie Rose of the Southern District of Iowa.

An investigation into the case is being undertaken by the Department of Justice Office of the Inspector General, Chicago Field Division.

A sentencing date has not been scheduled.