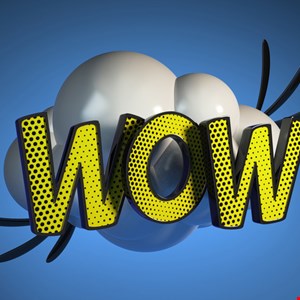 A Texas security professional’s dream of creating a comic book publishing company dedicated to titles about hacking is edging closer to reality.

Robert Willis started a campaign on Kickstarter to self-finance and create a new publishing company named Paraneon. The company will specialize in cyber-punk and sci-fi comics that are written by hackers and for hackers to inspire young people to pursue STEM careers.

“Superheroes dominate the comic books, which I think is great, but I want to see more hacker and tech going on in this series,” said Willis.

“I really want to inspire kids the same way I was inspired when I was younger.”

With just over two days to go to reach its modest $2,000 total, Willis’ idea has already received $6,324 in support from 100 backers. In return for funding the project, backers choose to receive the first titles to be published under Paraneon, collected together in a graphic novel called Initiating . . . Paraneon.

Those who pledge $200 or more to support the creation of the first three titles can opt to be drawn into one of the hacking comic titles, The Hive Network.

“You will be drawn without clothing in a tank, but none of your goodies will be shown,” said Willis.

The setting for the books—the Paraneon Universe—comprises technocentric cities, underground worker colonies, and apocalyptic “drylands.” In this reality, pollution and global warming have caused all factories and production to be moved to Mars, where more androids dwell than do humans.

“The initial books lay out the world, which is very technocentric,” Willis told Bleeding Cool. ”The stories introduce characters and the scenery. Future books will expand on hacking scenarios from real-world hackers like myself.”

InfoSec professional and ethical hacker Willis, who wrote all of the titles himself, has hired artists all over the world to bring his vision of Paraneon to life.

“I really want to raise money right now so I can bring in known people from the comic book industry,” said Willis, “known writers and known illustrators.”

If the project proves to be successful, Willis plans to use live action and animation to bring the Paraneon Universe to life in the future.