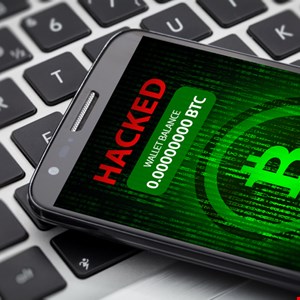 An Irish cyber-thief has been jailed for his part in a SIM-swap conspiracy that robbed victims of their life savings.

Conor Freeman was identified by US Homeland Security as a member of a criminal group that stole over $2m worth of cryptocurrency from multiple victims in 2018.

Freeman, of Dun Laoghaire, Dublin, pleaded guilty to stealing cryptocurrency, dishonestly operating a computer to make a gain, and knowingly engaging in the possession of the proceeds of crime.

Together with at least five co-conspirators based in the US, Freeman used a SIM-swap scam to steal cryptocurrency worth $100,000 from Darran Marble on May 15, 2018. The next day, the group targeted Seth Shapiro, making off with $1,921,335 in virtual money.

Two days later, the cyber-criminals used the same technique to illegally relieve Micheal Templeman of cryptocurrencies with an approximate value of $167,622.22.

Passing sentencing in Dublin Circuit Criminal Court on Tuesday, Judge Martin Nolan noted that Shapiro lost the proceeds of the sale of his house and his entire life savings to Freeman and his co-conspirators.

Although Nolan deemed it unlikely that Freeman would reoffend, he gave the Dubliner a custodial sentence of three years for crimes that involved “guile and deception.”

The court heard that Freeman met his co-conspirators online. Together, the group combed social media for targets that might have access to large amounts of cryptocurrency.

After choosing a victim, the group would scour the internet until they found the target’s email address and phone number. Contacts who worked in telecommunications transferred the phone numbers of potential victims onto SIM cards bought by the group.

By initiating protocols set up to assist people who forget their passwords, the group managed to gain access to victims’ online accounts. Freeman’s role was to sift through victims’ emails to identify sources of cryptocurrencies they possessed.

Defending Freeman, Paul O’Carroll SC described his client as “very much a loner” who started hacking the accounts of other gamers for a thrill while he was in his teens.

Freeman’s five co-conspirators are before the courts in the United States.