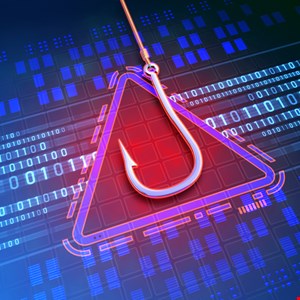 Phishing and social media/email hacks are the most frequently reported cybercrimes in the United States and the United Kingdom, respectively, according to new research by cybersecurity company Clario and British cross-party think-tank Demos.

The finding was included in “The Great Cyber Surrender” report, created from the results of a survey of 2,000 people in the UK and the US about cybercrime and its impact.

Other insights provided by the report are that while one in three Brits is worried about phishing scams, this particular cybercrime is only a concern for one in five Americans. Ransomware is a worry for a third of Brits and Americans, while a fifth of UK and US residents worry about their financial data being stolen.

One in five people surveyed had been a victim of a cybercrime, with this fate befalling one in five Americans and one in ten Brits.

More than half (57%) of Brits don’t find reporting cybercrime to their government helpful, and just 21% say the legal system does a good job of protecting them from online fraud.

More than half (55%) of Americans feel their legal system is doing a good job of protecting them from online fraud; however, 37% say reporting cybercrime to their government is not helpful.

“Despite cybercrime being a widely spread issue, most people do not know how to protect their digital identities which eventually has a massive impact on their real lives,” said Scarlet Jeffers, VP of experience at Clario.

“Clearly, both the US and UK governments aren’t doing enough to implement policies that protect consumers, and people have lost faith in these institutions to protect them.”

“A false sense of security was more apparent among Gen Z-ers, (18- to 25-year-olds), with 50% feeling they aren’t important enough or vulnerable enough to be targeted by hackers.

“In comparison, those aged 65+ were far less likely to have this attitude, with just 15% agreeing with the statement ‘I’m not vulnerable enough’ and 22% agreeing with ‘I’m not important enough’ to be targeted by hackers,” noted researchers.