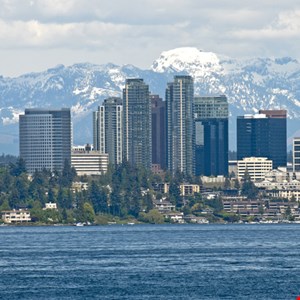 The CEO and co-founder of a billion-dollar cybersecurity company has moved its headquarters out of San Francisco because it’s “not the city it was.”

Forty-year-old Orion Hindawi helped to build up two successful companies in the San Francisco Bay Area where he was born. Now he is relocating the head office of Tanium—the endpoint security and systems management company he started with his father David in 2007 —elsewhere.

Orion Hindawi relocated his family to Seattle’s Laurelhurst neighborhood in June, and his successful Silicon Valley entrepreneur father followed suit. Now the CEO is switching Tanium’s base from Emeryville, California, to a location in Bellevue, Washington.

Tanium, which made over $430m in revenue last year, is a privately held company that enjoys the backing of Andreessen Horrowitz. At Hindawi’s direction, the company’s new HQ has been established on Kirkland’s waterfront, a short drive from Seattle via the Evergreen Point Floating Bridge.

According to Geekwire.com, Hindawi considered other locations, including Austin, Denver, and Nashville, before plumping for Washington state.

At the end of November, Tanium signed a lease for nearly 7,000 square feet of office space on the 3000 Carillon Point building’s fifth floor. Hindawi said that the company has plans to “expand pretty materially” in the Washington area and could be leasing around 50,000 square feet in the not-too-distant future.

“I like the community feeling here,” said Hindawi, “It’s nice to have a little variety.”

He added that there were “some asymmetries in the way that the Bay Area works that just didn’t really work well for us.”

California is suffering from “a real governance issue” according to Hindawi, who said that Tanium will likely sublet a portion of the 65,000 square feet of office space they have hung onto in Emeryville.

“San Francisco is not the city it was 20 years ago,” he said. ”The center of gravity had shifted from the Bay Area up to Seattle.”