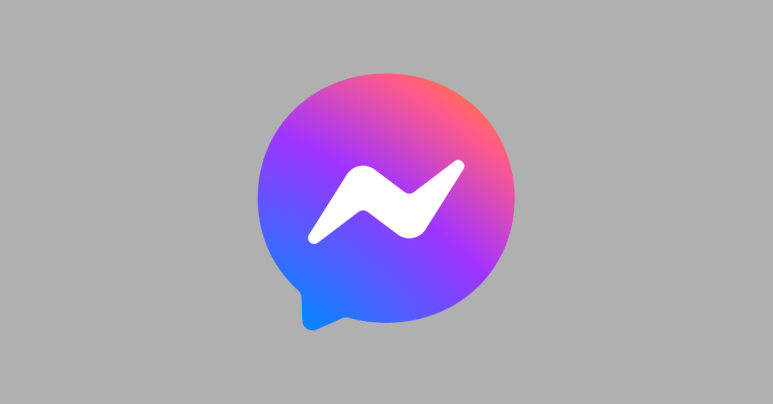 …well, it’s not just so they can sneak into your account and snoop through your personal data with a view to abusing it themselves or selling it on to someone else who will.

Access to your account also gives crooks a level of trusted access to your friends and family that makes scams of all sorts much easier to pull off.

Whether it’s pitching a bogus investment plan, luring someone to a fake login page, persuading them to submit an application form for a non-existent job, or simply getting them to waste their money on useless, overpriced, shoddily made tat…

…well, it’s much more likely that a scammer will be able to talk you into clicking a link using a message that actually came from a friend’s account than if they just contacted you out of the blue.

Indeed, many users deliberately limit their “circles of contact” on social media and instant messaging services not just for privacy reasons but also to cut down on the sort of unsolicited messages, spams and scams they endure via email.

A menace to those around you

A scammer with your instant messaging or social media passwords is not only a menace to you, but also to those around you, as one of our readers discovered this evening when he received a note from a friend via Facebook Messenger that said:

Is it you in the video [LINK REDACTED]

From someone you didn’t know, a question like that would fall somewhere between bizarre and creepy, but from a friend, who wouldn’t want to take a look?

Fortunately, inspecting the link before clicking would be a reliable giveaway in this case.

The link not only goes to a randomly-generated server name on a boutique Hungarian web hosting platform, but also uses HTTP and not HTTPS. (Facebook was an early adopter of HTTPS-for-everything, giving up on HTTP altogether back in 2012.)

Facebook finally enables HTTPS by default, we give away free T-shirts to celebrate

However, if you weren’t careful, or if you were in a hurry, you probably wouldn’t be terribly surprised to see what looked like a Facebook login page pop up: 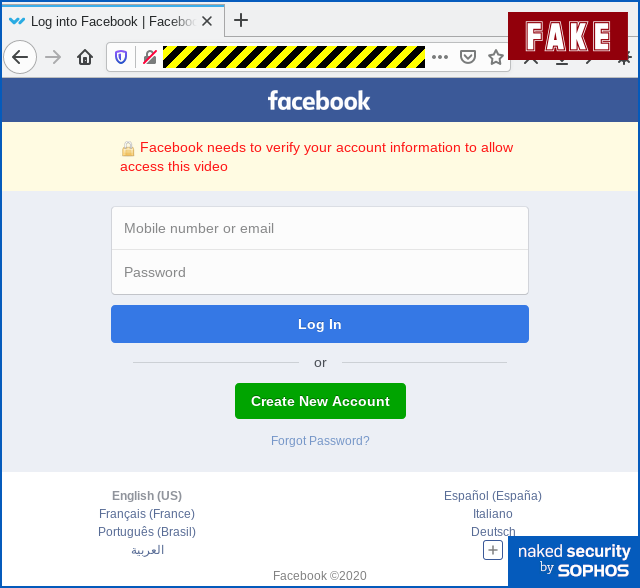 Unfortunately, putting in your username and password here would submit them to a server running on a low-cost web hosting service in the USA, using a vaguely legitimate-looking domain name that was registered less than a month ago.

Our reader immediately assumed that his friend had himself recently recieved a similar (perhaps even an identical) message, and had not only clicked through but attempted to login, handing his password to the crooks and thus ensuring that all his contacts would soon be spammed in turn.

After the fake login page

This scam goes even further – whether as a distraction to buy a bit of time before victims realise they’ve been taken in and rush to change their Messenger passwords, or simply to give the crooks a second bite at the cherry, we don’t know.

After entering your password, there’s a short delay, as you might expect whan logging in to any online service, after which the crooks seem to pick from a range of other scams and redirect you to one of them randomly.

These didn’t look as though they were being run by the same criminals, so we’re assuming the message-spamming crooks were simply hoping to collect “affiliate fees” from other criminals in the underground.

These “second redirect” scams varied from specious VPN offers to a range of those “free” phone deals where all you need to do is pay a modest delivery fee (£1.95 in the variants we saw here), thus giving the crooks a believable excuse to collect your credit card details.

SMS phishing scam pretends to be Apple “chatbot” – don’t fall for it!