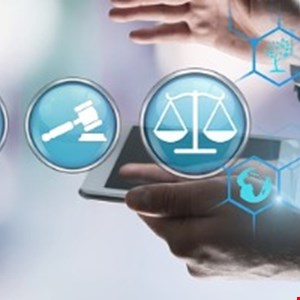 Co-authored by senators Chris Van Hollen and Ben Sasse, the Protecting American Intellectual Property Act will allow the authorities to place sanctions on firms and individuals associated with such activity.

It will require a report to Congress every six months identifying any individual or firm that has engaged in or benefitted from serial theft of US trade secrets, and whether this could be construed as a threat to national security, foreign policy, the economy and/or financial stability of the nation.

There’s also a national interest waiver in the legislation.

Although China is not mentioned by name in the legislation, it’s clear which country and types of company were front-of-mind when the senators were drawing it up.

Van Hollen argued that the US can’t sit by while companies and the governments enabling them “cheat their way to success.

“Foreign companies are working overtime to steal US technology, damaging our economy and our national security in the process. The need to fight back could not be more urgent — especially after the series of cyber-attacks we have witnessed aimed at the COVID-19 vaccine,” he added.

“This bill draws a line in the sand — outlining clear consequences these bad actors will face if they steal American innovation and technology. I was proud to work with senator Sasse on this bipartisan effort, and I’m glad to see the Senate act to hold these foreign entities accountable and protect American jobs.”

The legislation must now make its way through the House of Representatives, although there’s broad bipartisan support for tougher action on China. The House passed another bill co-sponsored by Van Hollen earlier this month. It was designed to prevent fraudulent foreign companies listed on US stock markets from escaping regulatory scrutiny, as Chinese ones have for over a decade