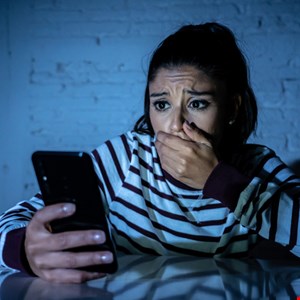 A man from New York City has been charged with waging a grim cyber-stalking campaign against a female college student.

Desmond Babloo Singh allegedly created over 100 accounts on social media platforms and email services and used them to harass a former classmate of his sister for whom he claimed to have developed romantic feelings.

Nineteen-year-old Singh professed his love to the unnamed victim via an Instagram story in February 2020. When she didn’t return his affections, Singh allegedly accessed several of the victim’s electronic accounts without authorization, changing her passwords to lock her out of the accounts.

Singh then allegedly posted offensive images and statements to the victim’s accounts without authorization. Among the sentiments allegedly shared by Singh were racial slurs and express and implied threats of sexual violence, bodily injury, and death.

The New Yorker is further accused of stealing images stored privately in the victim’s Snapchat account then posting them on social media and sending them to the victim and her family members via text message.

According to the affidavit filed in support of the criminal complaint against Singh, the teen then solicited others to rape, murder, and decapitate the victim in exchange for Bitcoin. He is further accused of causing the police to show up at the victim’s residence in Baltimore County, Maryland, by emailing a hoax bomb threat in a “swatting” attack.

Singh’s alleged cyber-stalking campaign went on from around April 18, 2020, to November 24. According to the affidavit, Singh also “doxed” the victim, publicly posting her personal information on several occasions, and encouraged others to harass her.

The victim’s family and an ex-boyfriend whom the Department of Justice believe Singh viewed as a romantic rival were allegedly also targeted. The affidavit states that Singh doxed the victim’s family members and sent her ex harassing messages, and also posted messages attacking him online.

The complaint against Singh was filed on December 14 and unsealed yesterday. Singh is accused of the federal charges of cyber-stalking, causing intentional damage to a protected computer, aggravated identity theft, e-mailing a hoax bomb threat, and murder for hire.

If convicted on all counts, Singh could be sentenced to a maximum of 32 years in prison.