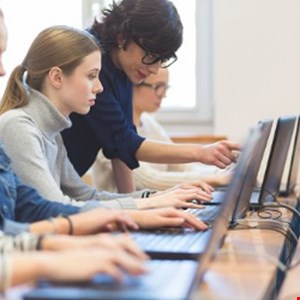 “A world leader once said ‘a decade can go by without any real news and then you can feel a decade happening in a week.’ I feel that a decade has happened in the past year,” commented Børge Bende, president of the World Economic Forum (WEF), speaking during a press conference highlighting the findings from the organization’s 16th Global Risks Report 2021.

This has arisen from the ongoing COVID-19 pandemic, which has brought about substantial changes to the political, economic and social landscape. During the webinar, the panellists emphasized the growing importance of technology, both in helping governments and businesses function amid the ongoing crisis, and for the rebuilding of the world’s economy going forward.

Peter Giger, group chief risk officer, Zurich Insurance Group, explained that COVID-19 had accelerated the so-called ‘fourth industrial revolution’ by rapidly expanding areas such as e-commerce, online education, digital healthcare and remote working. “These shifts will continue to transform human interactions and livelihoods long after COVID is behind us,” he outlined.

This move towards a “digital economy” offers great opportunities but also poses the risk of more global inequality by the creation of an “underclass” of people who are excluded from work as a result of a lack of internet and educational access. For instance, the report noted that internet usage ranges from 87% of the population in high-income countries to under 17% in low-income countries. Widening inequality gaps is particularly dangerous at this time of substantial polarization and the biggest peacetime economic slump in history, as it will threaten global stability, according to Bende.

It is for this reason that the report listed digital inequality as one of the main risks over the coming years, and argued that economic growth needs to be more inclusive and sustainable. It is therefore critical that efforts are made to improve access to the internet and the development of digital skills. Bende added: “We have to invest in global access to the internet and we have to invest in schools, upskilling, reskilling, making sure that inequalities are not growing but are declining.”

As well as the potential sowing of more division through digital inequality, the panel highlighted other dangers that a rapid shift to technology brings. One of these is cybersecurity failures, which the WEF report highlighted as a big worry over the next two years. Carolina Klint, risk management leader for continental Europe at Marsh, noted that the almost overnight shift to home working many businesses were forced to undertake last year has “exponentially increased cyber-exposures and created more complex and potentially less secure networks.” Klint added: “Businesses should now really take the time to assess changes that were made in the heat of the pandemic and verify that the right investments have been made in networks and controls.”

Another major issue emanating from greater internet usage is the rise in misinformation, which has been particularly demonstrated by the fear-mongering and conspiracy theories linked to the COVID-19 crisis. In the view of Giger, this is causing more disconnect and polarization, as well as threatening democracy. However, governments must be cautious when taking regulatory action over this, and on protecting people from big tech monopolies, as this could lead to information censorship and more restricted internet access, risking “our hard won personal freedoms.”

Ultimately, the panel stated that the pandemic has provided an important lesson to countries in dealing with unexpected events. Guillaume Barthe-Dejean, director, chairman’s office at SK Group.  noted that those countries “that digitized early tended to perform better” both from a health and economic point of view. These were nations such as Japan, Korea and China, which have effective track and trace systems, more effective communications, a greater continuity of public services and minimized labor disruptions. Barthe-Dejean added: “That’s a real learning point from hyper-connected economies such as South Korea, which has the highest internet penetration, at 96.2% of it’s population.”