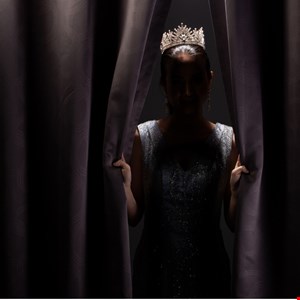 The organizers of an English beauty pageant established over nine decades ago are being held to ransom by cyber-criminals.

The Daily Mail reports that malicious hackers targeted the organizers of Miss England on Tuesday night with a sophisticated online scam.

Pageant organizer and former Miss England Angie Beasley was sent what appeared to be an authentic message from the administrators of the social media app Instagram informing her that she had violated the app’s rules and asking her to confirm her phone number.

“The message said I had broken rules and they were going to close the account down. It included a link you could click to appeal the decision,” said Beasley.

“I had no idea what it was all about as we only put good things and charity appeals on there. I clicked on the link and got another message saying it could see I was trying to access the appeal form and could I confirm my phone number, which I did.

“I got sent a code which I then gave to them and then everything just went. The next thing I knew the whole account whizzed in front of me on my phone and the account was taken over.”

The next day, Beasley received a message on her cell phone asking her if she wanted to “make a deal” to recover the locked account.

Beasley contacted Action Fraud, the UK’s national reporting center for fraud and cybercrime, who reached out to local police in Leicestershire, where Miss England is headquartered.

Mukherjee, a junior doctor who holds two degrees, cut her overseas work as a charity ambassador short last year to continue her career as a doctor in the UK amid the coronavirus pandemic.

Can *YOU* blow a PC speaker using only a Linux kernel driver?
New Jersey Councilor Charged with Cyber-harassment
Polestar to build its first all-electric SUV in the United States
Vishing: What is it and how do I avoid getting scammed?
Father’s Day Gift Ideas: Protecting the Tech You Give to Dad