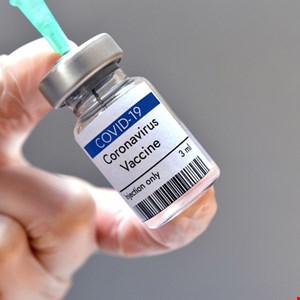 A criminal complaint unsealed yesterday accuses the trio of copying the source code of the genuine Moderna website (modernatx.com) and using it to create a similar-looking spoof website, modernatx.shop.

A vaccine (mRNA-1273) created by Moderna was authorized on December 19, 2020, by the FDA for emergency use in the United States to prevent COVID-19 in individuals 18 years of age and older. Via the fraudulent site, the three men allegedly sold hundreds of fake COVID-19 vaccines at $30 a dose.

According to an affidavit, the fake website dropped onto the radar of Homeland Security Investigations (HSI) Intellectual Property Rights Center and the HSI Cyber Crimes Center on January 11, 2021. An HSI special agent contacted a phone number listed on the fake domain, which investigators determined was linked to an account on an encrypted messaging application.

Two hours later, the agent received a reply requesting a contact email address, which the agent supplied. The agent then received an email from sales@modernatx.shop, welcoming them to Moderna, describing the company, and detailing the storage requirements of the vaccine.

Several emails later and the agent had agreed to pay $6,000 dollars for 200 doses of the vaccine into a Navy Federal Credit Union account in the name of Kelly Lamont Williams.

On January 15, 2021, the government seized the fake domain. Search warrants executed at the homes of all three defendants uncovered communications between Baba, Olaki, and Williams discussing the fraud scheme.

The communications also indicated that Olaki had applied for and received a fraudulent COVID-19 Economic Injury Disaster Loan funded by the federal government in the summer of 2020.

All three men are charged with conspiracy to commit wire fraud. If convicted, they could each face up to 20 years in federal prison.