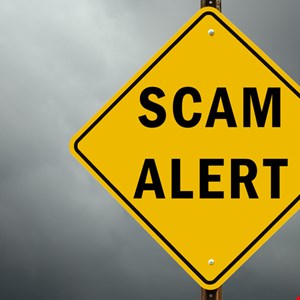 In a press release issued March 5, the department said it had received reports that bad actors are creating fake websites that mimic sites genuinely belonging to SWAs.

“The fake websites are designed to trick consumers into thinking they are applying for unemployment benefits and disclosing personally identifiable information and other sensitive data,” said the department.

“That information can then be used by fraudsters to commit identity theft.”

To trick victims into accessing these fake websites, the cyber-criminals have been sending spam text messages and emails purporting to be from an SWA. Contained in the communications is a link to a spoofed SWA website.

“Unless from a known and verified source, consumers should never click on links in text messages or emails claiming to be from an SWA offering the opportunity to apply for unemployment insurance benefits,” said the department.

“Instead, anyone needing to apply for unemployment benefits should go to an official SWA website.”

As of February 2021, there were 10 million unemployed people in America. The department advised members of the public to be vigilant for phishing attacks and to not take the communications they receive at face value.

“Carefully examine any message purporting to be from a company and do not click on a link in an unsolicited email or text message. Remember that companies generally do not contact you to ask for your username or password,” said the department.

“When in doubt, contact the entity purportedly sending you the message, but do not rely on any contact information in the potentially fraudulent message.”

The department asked anyone who has received a text message or email claiming to be from an SWA and containing a link or other contact information to report the communication to the National Center for Disaster Fraud (NCDF).

The NCDF is headquartered in Baton Rouge, Louisiana. It was established in 2005 in the wake of Hurricane Katrina, when billions of dollars in federal disaster relief poured into the Gulf Coast region. Since 2005, the NCDF has received over 100,000 complaints.