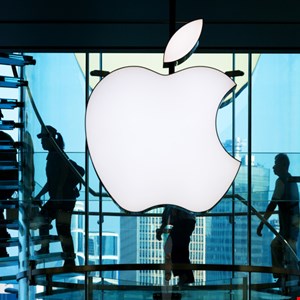 Apple is suing a former employee who it claims leaked company trade secrets to a media outlet for over a year for his own personal gain.

Former advanced materials lead and product design architect Simon Lancaster is accused of abusing his position to access information outside of his job scope. He allegedly exchanged the data he stole for payment and positive media coverage of a startup business.

Court documents unsealed in federal court in California on March 11 state: “Despite over a decade of employment at Apple, Lancaster abused his position and trust within the company to systematically disseminate Apple’s sensitive trade secret information in an effort to obtain personal benefits.

“He used his seniority to gain access to internal meetings and documents outside the scope of his job’s responsibilities containing Apple’s trade secrets, and he provided these trade secrets to his outside media correspondent.”

Court documents alleged that Lancaster was first contacted by the media correspondent on November 29, 2018. Over the course of the next ten months, Lancaster exchanged multiple emails and calls and messages with the correspondent about Apple trade secrets.

Data allegedly leaked by Lancaster was published in articles by the media outlet, which attributed it to an anonymous Apple “source.”

Apple Insider reports that Apple examined company devices that had been issued to Lancaster for evidence of a connection with the media outlet. The investigation revealed that Lancaster “took specific steps to obtain additional Apple trade secrets.”

Lancaster worked for Apple for nearly 12 years before handing in his resignation on October 15, 2019, and joining materials research and development company Arris Composites.

Lancaster is accused of downloading a “substantial number” of confidential Apple documents from the company’s corporate network onto his own personal computer during his last day of employment at Apple. The information he allegedly stole would be of benefit to him in his new role at Arris.