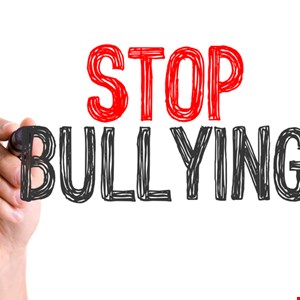 A teenager from upstate New York has killed himself after experiencing cyber-bullying and online blackmail.

The family of 15-year-old Riley K. Basford say he was tricked into sharing “personal” images over social media by a scammer posing as Basford’s girlfriend.

After obtaining the sensitive images, the scammer threatened to share them online and send them to Basford’s family and friends unless the teen paid $3,500.

The teenager’s family say that Basford was “bombarded” with threats via Facebook before taking his own life in Potsdam, New York, on March 30.

“I start crying when I think of the four minutes of sheer panic and pain my baby felt to make that decision and that someone out in the world doesn’t even care that they did that to him,” Basford’s mother, Mary Rodee, told the Watertown Daily Times. “It’s so sick and I want everyone to know.”

Basford’s family said that the teenager’s last morning on Earth had been a typical one in which he fed the family’s cows, spent time with relatives, and paid a visit to his dentist.

But at midday, the teen began receiving threatening messages via social media. Within hours, he was dead.

“They continued to bombard him and bombard him, and finally they broke him,” said Riley’s father, Darren Basford. “He thought this was the only way out because he didn’t want to be embarrassed.”

Basford’s mother said her son had displayed no signs of mental illness before killing himself. She described his actions as the result of “a split second of madness in a young brain that couldn’t process the finality of the decision that he was making.”

She told WWNY-TV: “I want to figure out how this devil was able to prey on my child in such a short time.”

Basford’s father warned parents to closely monitor the use of social media by their children.

Riley Basford was a sophomore at Potsdam High School who was considering a future career in environmental conservation.