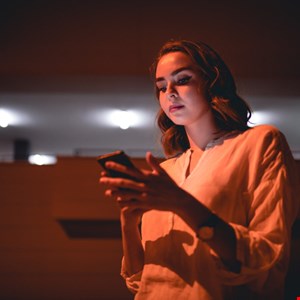 A man from California has been sent to prison for cyberstalking two people and threatening to murder them unless they performed sex acts on him.

US Judge Dolly Gee described the actions of Covina resident Carl De Vera Bennington as “sadistic” and “cruel” before handing him a custodial sentence.

One of the victims of 34-year-old Bennington was just a teenager when he began targeting her. The cyberstalking took place over a period of several years, with Bennington repeatedly sending unsolicited messages.

When one victim tried to end the abuse by blocking Bennington from her social media accounts, the determined cyberstalker created new accounts via which he carried on abusing her.

Between June and November 2019, Bennington bombarded the victim with sexually explicit images and insulting messages. San Gabriel Valley resident Bennington also demanded that the victim engage in sexual acts with him.

When the victim refused to comply with his demands, Bennington threatened to sexually assault her. She demanded that he stop his harassment of her. He responded by threatening to kill the victim and her family.

According to an affidavit filed with a criminal complaint in the case against Bennington, the cyberstalker never met either of his victims in person.

The Department of Justice said: “Bennington frequently promoted incel (involuntarily celibate) ideology, which involves individuals who are unable to find a willing sex partner and promotes the view that women oppress men and have too much freedom to choose their own sexual partners.”

In December 2020, Bennington pleaded guilty via videoconference to two counts of cyberstalking. Despite his mental health issues, on April 14 Bennington was sentenced to 18 months behind bars.

According to the sentencing memo, a custodial term was warranted because of Bennington’s long pattern of cyberstalking activity and “his deep-seated and violent ideology regarding women.”