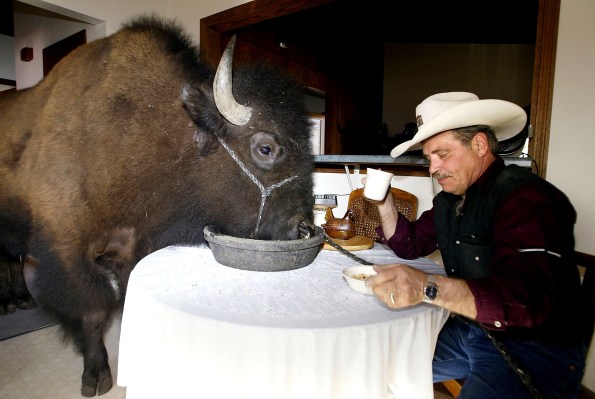 Orbillion Bio’s plans to make high end meats in a lab have investors lining up for a seat at the company’s cap table.

The company’s led by Patricia Bubner, Gabrial Levesque Tremblay, and Samet Yidrim, who between them have over thirty years working in bioprocessing and the biopharmaceuticals industry.

A little over a month ago, Orbillion held its first public tasting event where meats mixed with its elk, beef, and sheep were on offer straight from the petri dish to the table.

Investors in the $5 million round include: At One Ventures, which has also backed Finless Foods and Wild Earth; Metaplanet Holdings; the European investment firm k16 ventures; FoundersX Ventures, who are also investors in SpaceX; Prithi Ventures, which backed Mission Barns, Turtle Tree Labs; and angel investors including Jonghoon Lim, the CEO of Hanmi Pharmaceuticals; Kris Corzine; Ethan Perlstein, the CEO of Perlara, the first biotech PBC; and a well-known university endowment.

“We were immediately struck by Orbillion’s focus on high-end, flavorful, hard-to-find meats like lamb, elk, wagyu beef, and bison, their strong science, business, and engineering backgrounds, and the fact that they are so focused on flavor that they literally have a Master Butcher on their advisory board,” said Ali Rohde, GP at Outset Capital, an early-stage venture fund run by Rohde along with repeat entrepreneurs Kanjun Qiu and Josh Albrecht. “Lab-grown meat is the future, and Orbillion Bio is already paving the way.”

The company said it would use the cash to bring its first product, a Wagyu beef offering, to pilot production.