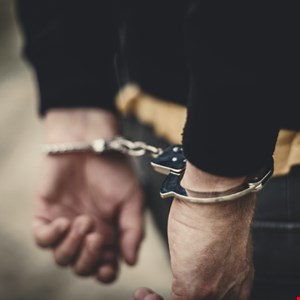 A kindergarten teacher from Indiana has been charged with multiple counts of child exploitation and possessing child sexual abuse material (CSAM) following a cyber-tip.

An investigation was launched into the online activities of 49-year-old Brian Lee Jakes in February after a tip was sent into the National Center for Missing and Exploited Children. The tipster said that Jakes had been using the messaging app Kik to share images of children being sexually assaulted.

A search of Jakes’ residence by the Kokomo Police Department on April 13 resulted in the seizure of multiple electronic devices and DVDs.

Court documents state that images depicting the sexual abuse of children between the ages of 4 and 9 were found to be in Jakes’ possession. The children in the images are not local to the Howard County area.

Jakes, who taught at Elwood Haynes Elementary School, was reported as a missing person on April 14, the day after his Arundel Drive residence in Kokomo was searched.

On April 23, the teacher was arrested by the Kokomo Police Department in an Indianapolis hospital where he had been taken on April 15 after appearing to try to take his own life at a farm in Howard County. Jakes is currently being held on a $20,000 bond.

Jakes was charged with four counts of child exploitation, a level 4 felony, and nine counts of possession of child pornography, a level 5 felony.

Major Brian Seldon with the Kokomo Police Department described the charges leveled at Jakes as “serious in nature” and said that the police will “do what we can to protect the children of our community and any community.”

Kelly Humes, a guardian of a child attending the school at which Jakes was employed as a kindergarten teacher, said she was “pretty angry” to learn of Jakes’ recent arrest.

“It’s not fair that he was allowed to continue teaching at the school if he’s being investigated since February,” said Humes. ”He should’ve been removed from the school system immediately.”

The case concerning Jakes remains under investigation, and Kokomo police ask anyone with additional information to contact them.