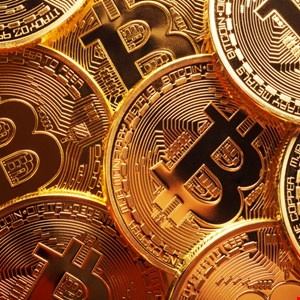 Law enforcement officers in the United States have arrested a man on suspicion of laundering hundreds of millions of dollars’ worth of Bitcoin (BTC) through a cryptocurrency mixing service.

A crypto-mixing service—also known as a cryptocurrency tumbler—obscures the original source of potentially identifiable or “tainted” cryptocurrency by jumbling it up with other funds in a single pool.

An arrest warrant for Roman Sterlingov was successfully executed in Los Angeles, California, on April 27 and filed in the United States District Court for the District of Columbia on the same day.

Sterlingov was arrested by special agent to the Internal Revenue Service Devon Beckett, who had been tasked with investigating the Bitcoin Fog darknet money-laundering service allegedly operated by Sterlingov.

In an affidavit, Beckett describes how Bitcoin Fog’s administrator publicly advertised the organization’s cryptocurrency mixer service “as a way to help users obfuscate the source of their Bitcoin” on a Twitter page and through a clearnet site.

Using blockchain analysis, law enforcement confirmed that over 1.2 million BTC valued at approximately $335,809.383 has been sent through the Bitcoin Fog site since it was established in October 2011.

“Historically, the largest senders of BTC though Bitcoin Fog have been darkness markets, such as Agora, Silk Road 2.0, Silk Road, Evolution, and AlphaBay, that primarily trafficked in illegal narcotics and other illegal goods,” wrote Beckett.

Through an undercover transaction performed in September 2019 plus some analysis, an IRS special agent was able to determine that the crypto-tumbling service offered by Bitcoin Fog worked effectively to break the link in the blockchain between the source and ultimate destination of funds sent.

A second undercover transaction carried out in November 2019 revealed that Bitcoin Fog released funds to a user after being informed by that user that the money was the proceeds of illegal drug sales.