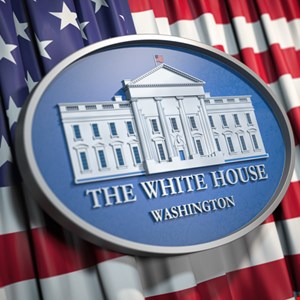 A task force organized by the Institute for Security and Technology has urged the White House to tackle the rise in ransomware attacks and make it harder for cybercrimes to be committed.

Law enforcement agencies, cybersecurity experts, and governments came together to make a series of recommendations to the Biden administration that aim to disrupt the illegal activities of threat actors.

A report submitted by the task force contained 48 recommendations, including advice to step up the regulation of cryptocurrencies and to root out safe havens sheltering ransomware attackers from capture and prosecution.

The task force noted in the report that the volume of cyber-attacks has increased by four times year on year and that cybercrime is now a $350m criminal industry.

The report is based on consultations carried out with researchers at Chainalysis Inc, cybersecurity experts at Palo Alto Networks Inc, and law enforcement agencies in Canada, the United Kingdom, and the United States.

Among the recommendations contained within the report are five priorities described as “foundational and urgent.” These include using the long arm of the law and diplomatic channels to dissuade countries from offering cyber-criminals a safe haven in which to operate.

“Most ransomware criminals are based in nation-states that are unwilling or unable to prosecute this cyber crime, and because ransoms are paid through cryptocurrency, they are difficult to trace,” states the report. “This global challenge demands an ‘all hands on deck’ approach, with support from the highest levels of government.”

In the report, the task force notes that cyber-criminals favor cryptocurrencies when extorting payments from their victims as they are largely unregulated and transactions can be difficult to track.

The task force called for governments to step up cryptocurrency regulation and make it a requirement for crypto exchanges and trading desks to enforce basic “know your customer,” anti-money laundering, and financial terrorism laws.

Chainalysis director of market development Don Spies said: “Believe these recommendations can go a long way to combating a problem that’s out of control.”

The report comes a week after the United States Justice Department created its own independent task force specifically to tackle ransomware.