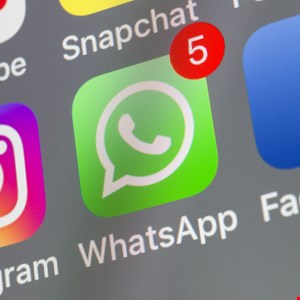 WhatsApp, which was bought by Facebook in 2014, has more than 2 billion monthly users. In January 2021, the app asked its users to grant WhatsApp additional powers to share their data with its parent company, Facebook.

Users have been given until May 15 to agree to the new terms and conditions. WhatsApp has told its users that after this deadline, “you won’t have full functionality of WhatsApp until you accept.

“For a short time, you’ll be able to receive calls and notifications, but won’t be able to read or send messages from the app.”

Johannes Caspar, Hamburg’s commissioner for data protection and freedom of information, said in a statement that WhatsApp users had been confronted “with non-transparent conditions for far-reaching data transfer.”

Caspar said that he feared the new terms and conflation would allow WhatsApp to “expand data transfers with Facebook for marketing purposes and direct advertising.”

He also noted that by denying its users the app’s full functionality unless they agreed to the new terms, WhatsApp was preventing users from giving their consent freely.

“WhatsApp is now used by almost 60 million people in Germany and is by far the most widely used social media application, even ahead of Facebook,” said Caspar.

“It is therefore all the more important to ensure that the high number of users, which makes the service attractive to many people, does not lead to an abusive exploitation of data power.”

WhatsApp has denied that the privacy update relates to any expansion of data sharing with its parent company. The company said that “the update includes new options people will have to message a business on WhatsApp and provides further transparency about how we collect and use data.”

The company went on to refute the legality of the commissioner’s statement, which WhatsApp claimed “is based on a fundamental misunderstanding of the purpose and effect of WhatsApp’s update and therefore has no legitimate basis.”