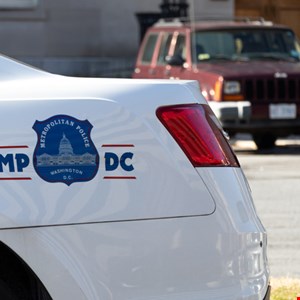 Cyber-criminals appear to have leaked online data belonging to the Metropolitan Police Department of the District of Columbia after the law enforcement agency allegedly failed to comply with a ransom demand.

In April, ransomware gang Babuk claimed to have stolen more than 250GB of data from the MPD. Data posted by the gang to back up their claim appeared to contain MPD reports, mug shots, internal memos, and personal information belonging to some suspects who had been placed under arrest.

MPD said on April 26 that it was “aware of unauthorized access on our server” and was working to determine what data may have been compromised.

Vice reported that on Tuesday, Babuk started publishing what it claims are MPD files online after ransom negotiations broke down.

Babuk claims that an amount of money allegedly offered by MPD to secure the files the gang claims to have stolen was too low.

“The negotiations reached a dead end, the amount we were offered does not suit us, we are posting 20 more personal files on officers, you can download this archive, the password will be released tomorrow,” said the gang on their darknet website.

ABC News reported that a source said late Tuesday that the Metropolitan Police Department of the District of Columbia was notifying the affected officers. MPD has not confirmed the authenticity of the leaked data.

Its publication is comparable to a doxxing attack in which identifying information about a particular individual is published on the internet, typically with malicious intent.

The timing of the publication coincides with the United States’ National Policing Week, which began on May 10.

Babuk previously said that it planned to disband after attacking the Metropolitan Police Department of the District of Columbia. However, it appears that the gang have since targeted Japanese company Yamabiko, which manufactures power tools and agricultural and industrial machinery.

Daily Crunch: Spotify and Ford make acquisitions
Biden admin will share more info with online platforms on ‘front lines’ of domestic terror fight
SolarWinds hack explained: Everything you need to know
Vishing: What is it and how do I avoid getting scammed?
Dollars, deals and the importance of nondilutive capital