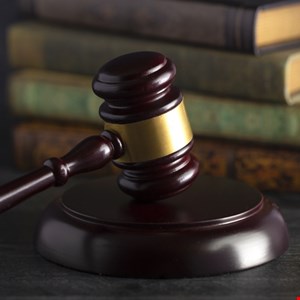 A cyber-stalker from Hawaii who tormented a Utah family by sending more than 500 unwanted service people to their home has been placed under three years of supervision.

Loren M. Okamura was arrested in December 2019 on charges of cyber-stalking, making interstate threats, and transporting a person over state lines for the purpose of prostitution.

Over a seven-month period that started in August 2018, Okamura sent up to 20 people a day to the North Salt Lake residence of Walt Gilmore and his family. Service providers deliberately misled by Okamura included tow-truck company employees, plumbers, locksmiths, food delivery workers, electricians, and sex workers.

Unwanted visitors turned up at the Gilmores’ home at all hours of the day and night. The problem became so bad that the family erected a sign in their front yard warning service providers about the scam and asking them to contact the police.

Okamura also sent Gilmore’s daughter threatening messages and leaked her picture and address online. In one email he warned her that she had better “sleep with one eye open and keep looking over your shoulder.”

The cyber-stalker’s actions caused Utah police to be sent out to the Gilmores’ residence more than 80 times over a four-month period from November 2018 to February 2019.

In July 2020, 45-year-old Okamura pleaded guilty to all charges in the case that North Salt Lake police described as “stalking on steroids” and “pretty vicious.”

Speaking via video conference at his sentencing, which took place in US district court in Utah on Thursday, Okamura apologized for his crimes against the Gilmore family. Okamura claimed that his actions were linked to the depression he had fallen into after his wife died.

“I would like to apologize for my actions,” Okamura said. “These events are not in my character. I’m looking to close my chapter and start a new chapter.”

In sentencing Okamura, the judge gave him credit for the nearly 12 months the cyber-stalker had spent in jail before being released in October 2020 after he accepted a plea deal.

Okamura was sentenced to three years of supervision and ordered to abide by strict limitations when using the internet.

Ransomware: What REALLY happens if you pay the crooks?
Tiger Global in talks to back BharatPe at $2.5 billion valuation
Beware! Connecting to This Wireless Network Can Break Your iPhone’s Wi-Fi Feature
New Jersey Councilor Charged with Cyber-harassment
Investors say Eindhoven poised to become Netherlands’ No. 2 tech hub