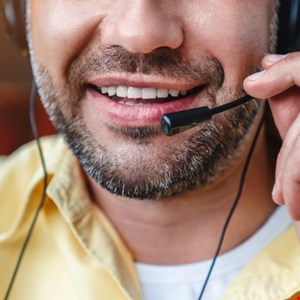 A business owner who extorted over $3.5m from Spanish-speaking US residents via fraudulent phone calls has been sentenced to more than 10 years in prison.

California resident Angel Armando Adrianzen teamed up with a series of call centers in Peru to run a telemarketing scam that defrauded thousands of victims. Many of those conned by the 46-year-old owner and operator of AAD Learning Center (AAD) were recent immigrants to the United States.

Victims were contacted by callers using internet-based telephone calls. After claiming to be attorneys or government representatives, the callers would falsely tell victims that they hadn’t paid for products. Victims were then threatened with legal action, bad credit, prison, or deportation if they didn’t immediately pay a fee.

Adrianzen, who ran ADD from April 2011 until at least September 2019, admitted assisting co-conspirators in Peru with establishing and staffing the call centers involved in the scam.

At times, Adrianzen also provided the callers with lists of consumers to call and even scripts of what to say to them to extort payment. Ultimately, Adrianzen processed over $3,500,000 in payments as part of the scheme.

On November 21, 2019, Adrianzen pleaded guilty to conspiracy to commit mail and wire fraud. Today he was sentenced to serve 121 months in prison followed by fifteen years’ supervised release. He was also ordered to make restitution payments to his victims.

“Today’s sentence serves not only as just punishment for this defendant, but also as notice to others who may prey on vulnerable victims,” said Acting US Attorney Juan Antonio Gonzalez for the Southern District of Florida.

“The Justice Department and its partners will aggressively investigate such criminal activity. We will find you and ensure you are held accountable for your crimes.”