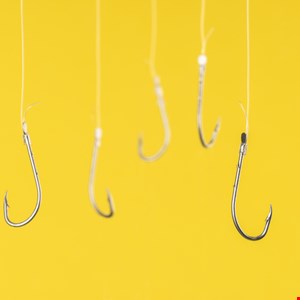 Last year, an advanced persistent threat (APT) group exploited vulnerabilities in Microsoft and SolarWinds programs to carry out a supply-chain attack that trojanized SolarWinds’ Orion business software updates to distribute malware. Nine US federal agencies and over 100 companies were targeted.

According to Microsoft, Russian-based APT group Nobelium was not only behind that attack but is now running a phishing campaign that has already targeted thousands of email accounts around the world.

“This wave of attacks targeted approximately 3,000 email accounts at more than 150 different organizations.”

Burt said that organizations in at least 24 different countries were impacted, with the majority of victims located in the United States.

At least one in four of the organizations targeted are involved in international development, humanitarian, and human rights work.

“These attacks appear to be a continuation of multiple efforts by Nobelium to target government agencies involved in foreign policy as part of intelligence gathering efforts,” wrote Burt.

“From there, the actor was able to distribute phishing emails that looked authentic but included a link that, when clicked, inserted a malicious file used to distribute a backdoor we call NativeZone,” wrote Burt.

“This backdoor could enable a wide range of activities from stealing data to infecting other computers on a network.”

He added: “This campaign is the latest testament to this group’s objective of collecting sensitive and highly valuable information from Western organizations operating in the government and external affairs field.”

Beware! Connecting to This Wireless Network Can Break Your iPhone’s Wi-Fi Feature
LV Ransomware
A Billion CVS Records Exposed
Do the Benefits of Bitcoin Outweigh the Risks?
Ransomware: What REALLY happens if you pay the crooks?