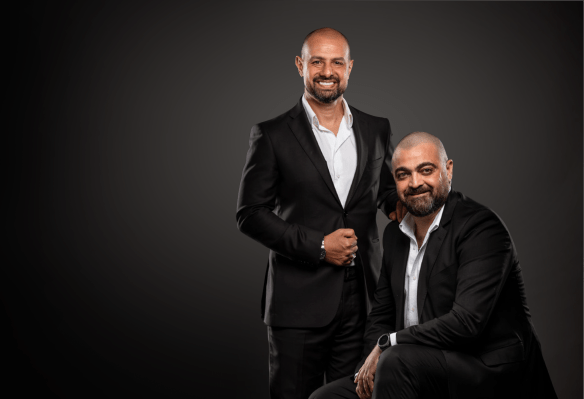 There are more than 400 million Arabic speakers globally and that number isn’t slowing down anytime soon. Arabic, to most people, is a tough language even to those who speak it. According to Duolingo, someone fluent in Egyptian Arabic might not fully understand Yemeni Arabic speakers because of the vast difference in dialect.

While individuals can easily navigate dialects, it can be relatively hard for them to find tailored Arabic content essential for everyday life.

Dr Ihab Fikry and Ibrahim Kame founded Almentor.net in 2016 as an online video learning platform to compensate for this lack of online learning content for Arabic speakers. In collaboration with hundreds of leaders, educators, and experts, the platform offers courses and talks in various fields like health, humanities, technology, entrepreneurship, business management, lifestyle, drama, sports, corporate communication, and digital media.

In 2016, Almentor closed a $3.5 million seed round and two years ago raised $4.5 million Series A led by Egypt’s Sawari Ventures. With this Series B investment, the Dubai-based edtech company has raised $14.5 million in total. San Francisco and Paris-based VC firm Partech led the financing round with participation from Sawari Ventures, fellow Series A investor Egypt Ventures, and Sango Capital.

Almentor provides Arab learners with the necessary skills crucially needed to advance their professional careers and personal lives. The platform claims to have the biggest continuous learning library in the region and one of the biggest worldwide. With offices in Dubai, Cairo, and Saudi Arabia, its video content is developed in-house and made in Arabic and English.

“The vision and reason behind starting Almentor is we understand that in our region of more than 100 million people, of which 90% cannot properly learn with any other language other than Arabic,” Fikry said to TechCrunch. “So we wanted to have a cutting-edge state of the art platform that will change people’s ideology and help them be objective, and focus based on topics that can be taught as prodigious learning.”

For first-time products like Almentor, it can be hard to get both investors and customers on board. According to CEO Fikry, the first challenge was to convince the investment community in the MENA region that Almentor was creating a new industry in video e-learning that “had lots of potential to power tools in the region.”

Almentor’s business is an intersection of education, media, and technology. Its offerings are dissected into three: the flagship B2C product, a white-label B2B model for blue-chip companies, and the last, which Fikry calls the ‘special project’ for governmental bodies.

For the B2C product, Almentor sells courses to users for $20-$30 of which they get to keep for a lifetime. Fikry says that in June, the company is planning to introduce a subscription-based model where users can have unlimited access to all of its 12,000 video content for a fee to its more than 1 million registered users. 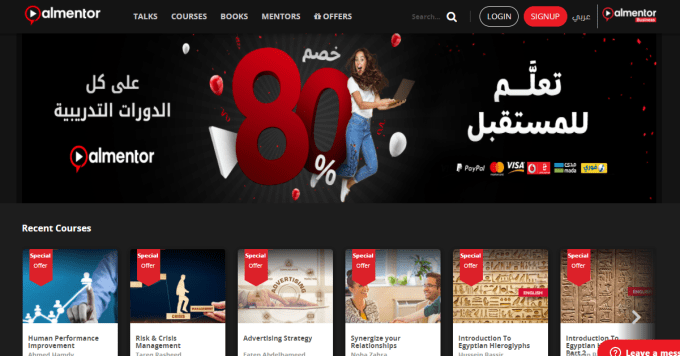 The B2B model is where Almentor opens its library to companies to customize their content for employees. These videos are mainly tutorials or training needed to thrive at work, and since 2016, Almentor has executed 78 deals with partner companies.

The special project’s model highlights Almentor’s work with the government. One time, the company had a partnership with the Egyptian government to upskill the country’s movie industry. It has completed 11 more similar special projects since launching five years ago.

Across all three models, Fikry says Almentor has successfully delivered more than 2 million learning experiences. With this investment, the company wants to improve content production and quality and educate people in the MENA region on why they need the product.

“We are now leading the continuous video learning industry in the Arab region, and we have a responsibility that goes beyond our ambitions for Almentor. Our responsibility now is to work unceasingly to improve the industry as a whole in the Arab region, and this can only be achieved through gaining the confidence of the Arab learners in the value, professionalism and impartiality of the content provided by the platform and working in line with the global learning trends.”

Speaking on the investment for Partech, general partner Cyril Collon said: “Since our first interaction, we have been very impressed by Ihab and Ibrahim, two fantastic mission-driven entrepreneurs who have been executing on a bold vision since 2016, and who built the leading Arabic self-learning go-to content provider in the Middle East and Africa.  We are looking forward to supporting the company in its next phase of growth to serve the 430 million Arabic-speaking population and expand access to on-demand cutting-edge personal learning & developments options.”