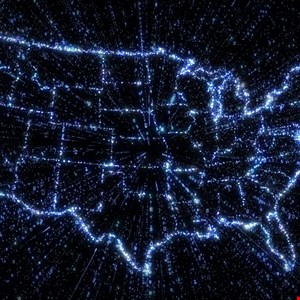 The United States of America stands alone as the only “top tier” cyber-power nation, according to a new research paper by the International Institute for Strategic Studies (IISS).

The London-based think tank assessed the cyber-prowess of 15 countries around the world for two years before ranking them into tiers according to their global state cyber-capacity.

To gauge the cyber-power of each country, IISS examined a range of cyber capabilities, including the strength of the digital economy, core cyber-intelligence capability, cybersecurity and resilience, security functions, maturity of intelligence, and integration of cyber facilities with military operations.

The United States, despite falling victim to a swathe of cyber-attacks including recent assaults on the Colonial Pipeline and meat processor JBS, was the only country deemed advanced enough to occupy the top tier.

“Since the late 1990s the US has moved more decisively than any other country to defend its critical information infrastructure in cyberspace, but it also recognizes that the task is extremely difficult and that major weaknesses remain,” noted IISS.

Researchers found that the offensive cyber capabilities of the United States “are more developed than those of any other country,” but also noted that “these capabilities have not yet been demonstrated at their full potential.”

In the second tier are the United Kingdom, Australia, and Canada, which together with the US and New Zealand make up the members of the Five Eyes (FVEY) intelligence alliance.

The report concluded that China, which boasts the world’s second largest economy after the United States, suffers from poor security and weak intelligence analysis when it comes to cyber-power.

IISS predicts that it will be another ten years at least before the PRC is able to give cyber-powerhouse United States a run for its money.

The Institute found that while Russia and China have successfully carried out sophisticated cyber-offensives, both countries had holes in their cybersecurity that put them at a disadvantage compared to the countries in tiers one and two.