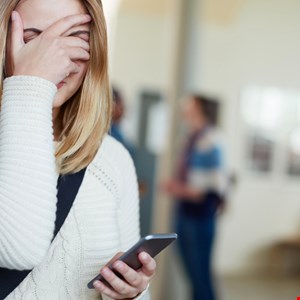 A large proportion of Americans are protecting their digital accounts with passwords that they would be embarrassed to say out loud.

According to new research by identity management company Beyond Identity, nearly four in ten (38%) users in the United States defend their data with a password that could raise a blush.

While 16% of those users had reached for a profanity when coming up with an access phrase, more than a quarter (26%) referenced a niche interest in their password that they did not want others to know.

Millennials were found to be the age group most likely to include the name of a loved one in the password, with 23% using the name of a family member and 18% relying on the moniker of a romantic interest.

Generation Z made their passwords work the hardest by holding onto them for the longest time. Four in ten Gen Zers had been using their oldest password for between six and ten years.

Of the 1,030 Americans surveyed about their password habits at the end of April this year, one in ten said they had been using at least one of their passwords since middle school or high school.

Microsoft in talks to back India’s Oyo
Babuk: Biting off More than they Could Chew by Aiming to Encrypt VM and *nix Systems?
Coveware: Median ransomware payment down 40% in Q2 2021
Phases of a Post-Intrusion Ransomware Attack
Unicorns are ready for a haircut