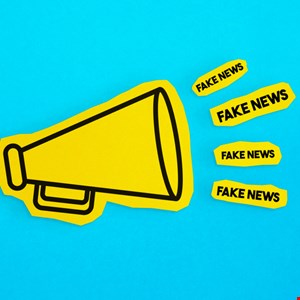 A reality TV star whose sudden death was reported by several websites says she was the victim of a malicious hacker.

On Thursday night, after news of her death began circulating on the internet, Windsor announced publicly that she was in fact still drawing breath.

Confusion over how the star may have shuffled off this mortal coil arose after Windsor’s demise was announced on her Instagram account.

The post that sparked the confusion read: “It is with a heavy heart that we say that Saaphyri has passed away. She was found today in her home [unresponsive]. Please send your prayers.”

To stem the flow of tributes that began to wash over the internet, Windsor uploaded a video of herself to her Instagram along with a message stating that she was not deceased.

“First and foremost, as you can see, I’m alive,” said Windsor in the clip.

Windsor denied accusations that she had deliberately circulated news of her own death and then blamed the stunt on a hacker.

“Anybody that knows me knows I would never do some s*** like that—ever,” said Windsor.

“I don’t know who hacked into my phone, and why that’s what they would want to put on there, but it happens. It happens to everybody. It’s the first time it ever happened to me; I’ve never been hacked before.”

Windsor found out that she was believed to be dead from a friend.

”I would never have even known, until much later, if my homeboy didn’t come to my house and looked like he saw a ghost when I answered the door,” she said.

Windsor said that the incident had “made me feel good to know that many people cared,” but added that she was glad her mother hadn’t been exposed to the fake news.

“She probably would’ve had a heart attack. Thank God she’s never on the internet,” said Windsor.

Introducing MVISION Cloud Firewall – Delivering Protection Across All Ports and Protocols
4 zero-trust IoT steps to scale security
ActiveFence comes out of the shadows with $100M in funding and tech that detects online harm, now valued at $500M+
Most Twitter users haven’t enabled 2FA yet, report reveals
What is a VPN and Can it Hide My IP Address?