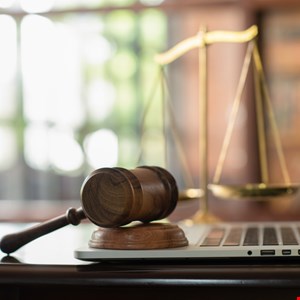 After two years of detention in a New York jail, a private investigator charged with involvement in a massive international hacker-for-hire scam is seeking to reach a plea agreement.

Israeli national Aviram Azari is accused of working with co-conspirators in India to target environmental victims around the world with phishing emails and fake websites designed to steal their credentials.

Toronto-based cybersecurity watchdog group Citizen Lab began probing the phishing operation back in 2017 and discovered that it had claimed thousands of victims across six continents over a period of at least four years. Their research, published in June 2020, concluded that the scam was being run from India by a company that presented itself as an ethical hacking service provider.

Citizen Lab’s research, when combined with a federal criminal investigation into the matter, uncovered a vast underground hacker-for-hire industry.

Victims, many of whom were contesting an advocacy issue, legal proceeding, or business deal when they were targeted, included government officials, pharmaceutical companies, law firms, hedge funds, banks, nonprofits, and unhappily married people negotiating their divorce.

Azari, who served in a covert surveillance unit of the Israeli police in the 1990s, was indicted in Manhattan in 2019 and charged with four counts, including conspiracy to commit computer hacking, aggravated identity theft, and wire fraud.

Federal prosecutors allege that Azari arranged through unnamed third parties for hacking campaigns to be launched against American companies based in New York. Reuters reports that the company that carried out the hacking is likely BellTroX InfoTech Services based in New Delhi.

Azari’s lawyer, Barry Zone, says that his client is now “in a position to engage in meaningful plea discussions and negotiations with the government.”

In a June 11 letter to US District Judge John Koeltl, Zone asked for a delay to a case conference scheduled for August 9 “to engage in what we hope will be fruitful plea discussions.”

What is a VPN and Can it Hide My IP Address?
Data-driven iteration helped China’s Genki Forest become a $6B beverage giant in 5 years
It’s All About You: McAfee’s New All-Consumer Focus
9 Tips to Help Kids Avoid Popular App Scams
8 Signs It May Be Time for Parental Controls