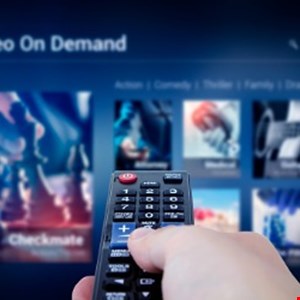 The UK government is considering introducing new regulations for video-on-demand (VoD) services to protect users from harmful material such as misinformation.

The Department of Digital, Culture, Media and Sport (DCMS) has launched a consultation on the new provisions to level the regulatory playing field between mainstream VoD services and traditional broadcasters in the UK, like the BBC and Sky.

Currently, in the UK, video streaming services such as Netflix, Amazon Prime Video and Disney+ are not subject to Ofcom’s Broadcasting Code, which sets out standards for content, including harmful or offensive material, accuracy, fairness and privacy. This means that viewers of VoD content are much more likely to be exposed to harmful content, such as pseudoscience documentaries or misleading health advice.

The government’s plans have come amid a surge in popularity for on-demand services in recent years, exacerbated during the COVID-19 lockdowns. Ofcom data has shown that 75% of UK households have used a subscription VoD service as of this year.

The UK’s departure from the EU means that the government is free to go beyond minimum standards set out in the revised Audiovisual Media Services Directive. This legislation governs EU-wide coordination of national legislation on all audiovisual media.

As part of the consultation, the DCMS is asking whether UK audiences watching TV-like VoD programs would like a similar level of protection to when they are watching traditional TV. Additionally, it wants to ensure that any regulatory change is proportionate and does not curtail essential protections such as freedom of speech.

Culture Secretary Oliver Dowden commented: “We want to give UK audiences peace of mind that however they watch TV in the digital age, the shows they enjoy are held to the same high standards that British broadcasting is world-renowned for.

“It is right that now we have left the EU, we look at introducing proportionate new rules so that UK audiences are protected from harm.”