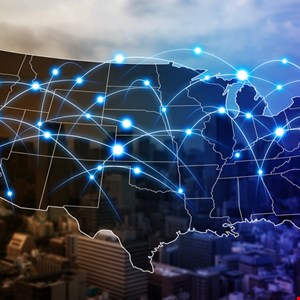 The United States is considering putting a cap on the amount of time an individual can work in the role of director of the Department of Homeland Security’s Cybersecurity and Infrastructure Security Agency (CISA).

Bipartisan House lawmakers introduced legislation this week that proposes limiting the term of the top cybersecurity role to five years.

If passed into law, the proposed CISA Cybersecurity Leadership Act would also reaffirm that the role of CISA director requires Senate approval after presidential nomination.

Among the politicians who have voiced their support for the bill is Representative Andrew Garbarino, who is a ranking member on the House Homeland Security Committee’s cybersecurity subcommittee.

“The current threat landscape is ever changing and expanding to include a multitude of cyber risks. We must evolve along with it to be best prepared to mitigate these threats,” said Garbarino in a statement Tuesday.

“With cyber attacks on the rise, CISA, the lead federal civilian cybersecurity agency for the United States, needs consistent and stable leadership presiding over our nation’s cyber preparedness.”

He added: “This bipartisan bill will remove any uncertainty from the CISA Director role so that the Director can focus squarely on strengthening our cyber posture.”

In a joint statement Tuesday, Thompson and Clarke said: “As the cyber threats facing the nation continue to evolve, we need steady leadership at the Cybersecurity and Infrastructure Security Agency.”

The first person to hold the position of CISA director was Christopher Krebs. He was fired from the role via a tweet in November 2020 by then President Donald Trump.

CISA’s current director, Jen Easterly, was nominated by President Joe Biden in April 2021 and was unanimously confirmed by the Senate on July 12, 2021.

According to CISA’s website: “As director, Ms. Easterly leads CISA’s efforts to protect and defend civilian government networks, manage systemic risk to national critical functions, and collaborate with State, Local, Tribal, and Territorial partners as well as with the private sector to ensure the security and resilience of the Nation’s cyber and physical infrastructure.”