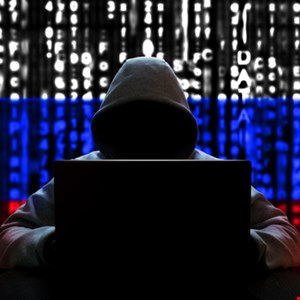 A cyber-criminal imprisoned in the United States for operating websites devoted to fraud and computer hacking has reportedly been deported to Russia.

Aleksei Burkov was 30 years old when a senior district judge in the Eastern District of Virginia sentenced him, in June 2020, to nine years in prison.

Russian native Burkov was placed under lock and key after he admitted running an illegal online marketplace that sold payment card numbers, most of which had been stolen through computer intrusions.

Another site operated by Burkov was run as an invite-only club through which elite cyber-criminals advertised stolen goods, including personal identifying information and malicious software, and criminal services, such as hacking and money laundering.

To join the club, prospective members had to fork out a deposit of $5K and get three ‘trusted’ cyber-criminal members to vouch for them.

Burkov was arrested at Ben-Gurion Airport near Tel Aviv, Israel, in December 2015, and extradited to the United States on November 11, 2019. On January 23, 2020, he pleaded guilty to one count of access device fraud and one count of conspiracy to commit access device fraud, identity theft, computer intrusions, wire fraud, and money laundering.

According to Russian news agency TASS, Burkov was detained at a Moscow airport after being deported by the United States. Since no extradition treaty exists between the United States and Russia, Burkov’s deportation is surprising.

TASS quotes Russia’s interior minister, Irina Volk, as saying on Monday that Burkov was apprehended at Sheremetyevo Airport after being charged in absentia in Russia over the manufacture and sale of counterfeit bank cards and trading in confidential data belonging to customers of credit and financial institutions.

Adam Darrah, director of threat intelligence services at ZeroFox, said the deportation “might be a gesture of goodwill and a signal from the new administration of the extent to which they are invested in and open to further cooperative actions in the cybercrime space.”

Darrah added that while there was likely more going on behind the scenes, “the intentional or misguided ransomware attacks against key US food, energy, business, government, and medical institutions must stop, and any way to diffuse the tension between Russia and the United States is worth a try.”

Top Signs of Identity Theft
Cybersecurity careers: What to know and how to get started
Google in talks to invest in Facebook-backed Indian social commerce Meesho
IoT device security implications for the future
Staying safer online from phishing and other social engineering attacks