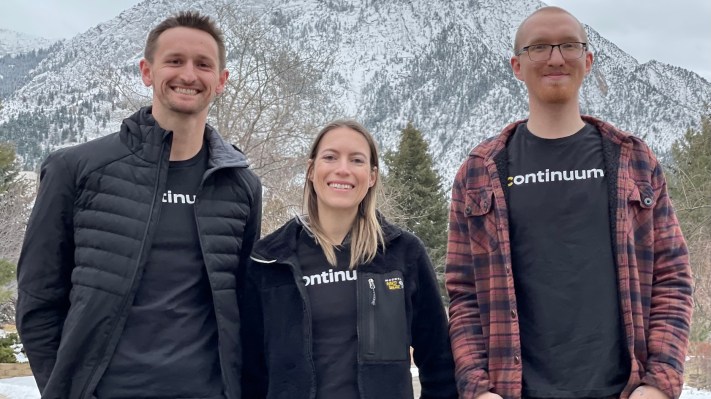 It’s difficult for startups on a small budget to attract executives with the knowledge base to propel them forward, but Continuum, a talent marketplace for fractional employees, doesn’t think it should be.

The remote-first company, which launched today, has been quietly developing a tool that matches venture-backed companies with executives who have been-there-done-that, but don’t want to be tied down again by a full-time position.

Continuum was founded in 2020 by Nolan Church, former Carta chief people officer and DoorDash head of talent; Greg White, former Carta head of DevOps and security engineering; and Mary Nelson, former Voxer head of product and design. They set out to build a way for companies to access world-class talent, but not be locked into hiring someone full time.

“There is an extreme talent shortage, which has been covered at length, but it is harder than ever to hire someone; the process is taking longer than ever and the best people have more options than ever before,” Church told TechCrunch. “That got us thinking about full time as one path that exists among a couple of others.”

The shortage, combined with more startups raising seed and Series A investments, means that these burgeoning companies aren’t seeing the kind of inbound attention from job seekers, but instead have to do outbound, either themselves or through a recruiter.

Continuum’s model does the outbound work for companies and presents a list of executives, within 48 hours, who are available to start that day, working 15 or 20 hours per week. Executives create a profile and set their availability and rate and can accept or reject an opportunity. Continuum charges a 15% fee on top of that.

On the company side, it enables them to avoid acquiring massive amounts of “people debt,” while also learning from someone who has already done it. Continuum also manages the back office management of the worker: contracts, taxes and payouts, invoicing the startup monthly.

Altman, in people management himself, said he sees what Continuum is doing — more flexible working opportunities — as the future of work. He got involved with the company early on and found Church and his co-founders to be mission-driven and putting together the kind of talent marketplace that fits with where he believes the working world is headed.

“Employees have more choice than ever before,” he added. “People are also not just staying in one area, but are multifaceted humans with lots of interests. The world of work is swinging toward the employer every year, and companies have to support people in order to build successful companies.”

Continuum launched its product in June, and since then is seeing an increase of five times the gross volume. Church says product features are about 80% of the way there, so the new funding will go toward building additional executive back office tools and hiring engineers to finish that out.

The company is beginning to scale supply and demand acquisition and is working with 100 executives on that side and three dozen startups on the other side.

“COVID has pushed everyone into a remote world being OK,” Church added. “Location is now agnostic and we can solve the global problem of it being hard to hire specialists and executives.”